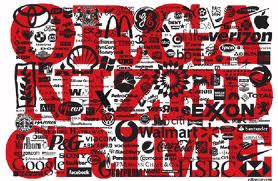 The 14 Biggest Lies of 2011
I live in Washington where lying is an art form. Actually, that suggests an artist’s intent and here in D.C., lying is more reflexive, like breathing or taking cash from fat cats.

But when you live in a place like this — if you can call it living — where somehow we have managed to train moral mice to produce the shit of bulls, you really get an appreciation for a fine lie. Some stand out for their subtlety — they almost feel true. (President Obama wants to get special interests out of American politics.) Some are noteworthy because of their audacity (Newt Gingrich brought down communism.) Some capture our attention because of the ability of their authors to deliver them with a straight face (Mitt Romney says he has deeply held political convictions).
But every year there are a select few lies offered here and out on the world stage that stand out. They are the big lies that have defined our times.
Let me offer a few examples from just the world of U.S. foreign policy and then, if you have more suggestions, please, send them in. Someday soon we plan to build a Museum of Lying right out on the Mall so there is finally a monument that captures the essence of this festering swamp.

1. “This next summit of European leaders will be decisive …”
We’ve heard this one every few weeks for months now. And every time our supposedly sophisticated financial markets fall for it again. It’s like Lucy with Charlie Brown’s football. When will we learn?

2. “The war in Iraq is finally over after 9 years.”
Much celebration today due to this “fact.” Seems pretty straightforward. But of course, we’ve been militarily engaged one way or another with Iraq since the early 1990s. This is just the end of one of a series of wars in the region. My bet is it’s not the last one.

3. “America’s mission in Iraq was a success.”
See previous lie. The place is divided, undemocratic, heavily influenced by Iran, corrupt, and our invasion cost $1 trillion, thousands of U.S. lives, hundreds of thousands of Iraqi lives, and our national reputation. Look in the dictionary next to fiasco. There’s a little picture of a dude in a flight jacket standing on a carrier deck in front of a “Mission Accomplished” banner.

4. “We are winning in Afghanistan.”
Latest version of this howler came just today from Secretary of Defense Panetta in Afghanistan. If winning were narrowly defined as beating al Qaeda, it’d be true. But, if we leave and the place is more dangerous, the Taliban is back in charge, we’re associated with corruption and departure, we’ve strengthened the region’s extremists and the threat of instability in nuclear Pakistan is now actually higher than it was when we went in, it’s hard to see how we can call it “winning” unless by “we” we mean Charlie Sheen.

5. Tie: “Pakistan is America’s ally” and “Afghanistan is America’s partner.”
I know, I know, you say “it’s a lie,” I say, “it’s diplomacy,” potato, potahto. But there is actually no credible definition by which the government of Pakistan could be called an ally of the U.S. unless you are willing to overlook all their enemy-like behavior. Same re: our pal Karzai in Kabul. He’s only a partner in the sense that he’s got his hand in our pocket, even as he is talks smack about us to the world.

6. “America is unthreatened by China’s growth.”
Secretary Clinton was the latest to utter this little prayer. And I’m sure she meant it. And it should be true. But it’s not.

7. “We believe diplomatic pressure may stop Iran’s nuclear program.”
If we believed that would we be waging a secret war there? Which brings us to another lie, “America will never attack Iran.” This is a lie — because we already have.

8. Tie: “Republicans are the problem” and “Democrats are the problem.”
This is the great lie of American politics. It’s not the parties that are the problems. It’s not even the parade of snake oil salesmen and the idle rich who make up our political leadership class. It’s the money. The system is so resolutely corrupt that recent scandals have only resulted in more money flowing into the system and past reforms being undone.

10. “The U.S. might default on its debt.”
Wasn’t close to happening. Will never happen. This is still the country that owns the printing presses that produces what is unchallenged as the world’s reserve currency. No president or congress of either party would ever let it happen. The “scare” in August was half hysterical, half fabrication and, in keeping with the way we do math here in D.C., half about trying to jolt the inert denizens of the U.S. Capitol into actually doing something to fix the U.S. deficit.

11. “The Obama administration is committed to serious financial services reform.”
Ha. Dodd-Frank was a palliative. Creating oversight responsibilities without funding the overseers is kabuki theater. Virtually all the serious threats to the financial system that caused 2008 remain. (Even if U.S. banks have made some progress on the capital requirements side, that’s offset by the fact they’re connected to even more reckless eurobanks. And there are more “too big to fail” financial institutions today than there were before the crisis. Derivatives? Only a bigger problem than before. Global regulation? Not an inch of progress.)

14. “I love Israel.”
Everybody in U.S. politics says it. Most of those who say it however, mean, “I want American Jews to think I love Israel enough to vote for me and give me money.” Think we will move the embassy? That they’ll make their first trip there? That the U.S. will stand loyally by Israel under any circumstances, even if Israel continues to complicate matters with its settlements policy and the rest of the region creeps toward something like democracy? Ha. This is right up there with “the check is in the mail,” “I’ll respect you in the morning” and that other one.
Those are just a few of a bumper year for duplicity, mendacity, and craven mistatements. Got more?