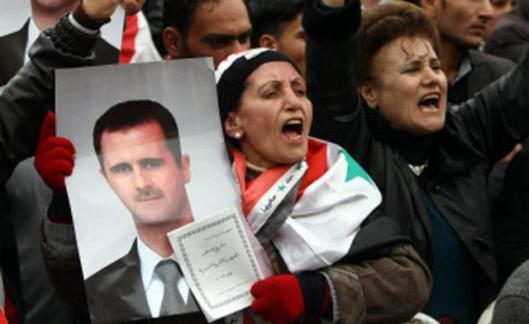 War-torn Syria is gearing up for an unprecedented referendum on a new draft constitution that would put an end to five decades of single-party rule. But the opposition is calling on the population to boycott the vote, which is set for Sunday.

­On Sunday millions of Syrians are expected to vote on their country’s new constitution. Posters and banners calling on people to come and vote are everywhere in the capital and all around the country, RT’s Maria Finoshina reports from Damascus. For the first time in the country’s history the Interior Ministry is urging people to come and vote without actually telling them how they should vote, she says.

The draft of the newly proposed constitution has been made public days before the referendum takes place. Hundreds of its copies have been distributed among people to let them know what changes the new law puts forward.

One of the main changes is Article 8, which actually ends over 50 years of single-party rule in Syria. It proclaims that political system in Syria is based on pluralism and multiparty system is permitted.

Also very important is Article 88, as it says that president of the country could only be elected for two seven-year terms. This change however will come into power only after the next presidential elections, which is scheduled for 2014.

The draft constitution meets the majority of democratic demands of the Syrians.

According to the Interior Ministry 14,000 polling stations have been set up for the referendum. About 15 million Syrians have the right to vote, but it is hard to predict how many of them will actually turn out.

However, as Maria Finoshina reports, the referendum may come too late as violence is continuing in the country between the opposition and the authorities.

The opposition has already called to boycott the vote and go on strike. RT’s correspondent says warnings are circling in Damascus that there could be attacks and explosions at the polling stations during the vote.