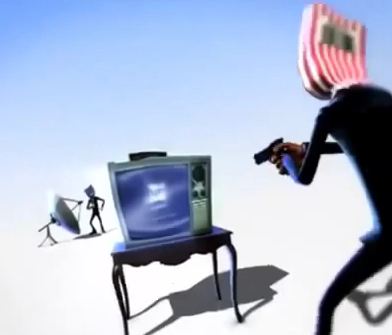 Addounia TV proved to be a voice of truth while the majority of the Arabic and western media agencies proved to be exactly the opposite, the sound of terrorism and terrorists. And because the terrorists fear the truth, they decided to shut up Addounia TV.

This video was produced by Syrians who live in Europe. These Syrians along with their citizens in our beloved homeland want to protest the Western sanctions against Addounia TV and show their ultimate support for their beloved TV.