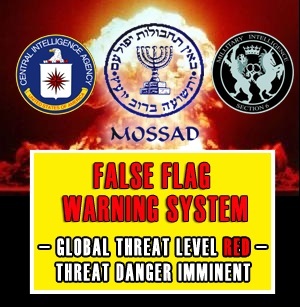 «It seems that a necessary amount of chemical weapons was transported by UN vehicles with other supplies for FSA militants. It was at July 29th near Aleppo. All transport vehicles were destroyed after unloading. UN convoys can’t be examined by Syrian army and observers are using it. Syria is forced to endure observer’s presence at it territory because it’s provided by Annan’s plan»

More than 10 UN armored vehicles were destroyed but no one injured. Looks like UN motorcade was attacked by a Terminator from the 2nd film who vowed he would not kill people. Nevertheless, there are no such robots, and FSA militants, which are terrorizing Syria, killing people in spite of gender and age, are always trying to kill as lot as possible to boast themselves at their web-sited and web pages. Any armed attack on a convoy will be accompanied with casualties, especially when thugs have armor-piercing weapons. The absence of wounded after an attack and losing 10 A.P.C. shows that there wasn’t any attack. It was an imitation of attack. In addition, the aim of this imitation is to hide the fact of gangs support by UN. Cars were destroyed to hide clues of that support. It is not known exactly but there is some info that UN observers have sent a chemical weapon to FSA militants.

So-called “independent” UN observers have been already sighted sympathizing to militants long ago and not once. They also have been sighted in a hate to peaceful civilians who refused to help and support FSA terrorists. UN “observers” have already run down several people who tried to ask them for help or tried to tell about massacre arranged by FSA bandits. The militants captured hospitals these “observers” didn’t prevent it. But when Syrian journalist asked these observers for help and protection from bandits, they’ve allowed those thugs to capture him. In general, UN observers primary objective is help militants and interfere army in their task of civilians protection. In addition UN “observers” are always supporting militants’ (and their masters) point of view and took a part in propaganda campaigns against Syria as witnesses. Some of those “observers” are also were a spies (such as Robert Mood).

UN General Assembly was put of on a Friday August 3rd. This is where West governments are going to approve a resolution that is so needed by them. At Friday after or during Friday prayers terrorist organizations (with coordination with their masters) have planned a regular massacre of peaceful civilians several hours before the Assembly begins. General Assembly resolution has no such force like U.N. Security Council resolution, but West countries intend to use it in purpose to legitimate invasion of Syria. UN General Assembly members were corrupted or terrorized in advance, threat of family member homicide of undesirable politician became conventional deterrence in West countries and their allies hands. Leon Panetta SECDEF USA already made public statements with open threatening.

In purpose to make General Assembly decision regarding tough resolution upon Syria in which will appear call for external invasion, i.e. NATO invasion into Syria beyond U.N. Security Council should seem logical and non-alternative, the crime against Aleppo civilians was plotted and actually started. Fighters of so-called Free Syrian Army are preparing to use chemical weapon typical with stored Syrian Army chemical weapon against Aleppo civilians, primarily against Syrian Curds in purpose to blame Syrian Army in it usage.

Some chemical vessels with chemical weapons will be marked with Syrian army markings and then it will be filmed by militants and then spread over Global media. These photos can be ready at this moment.

In addition a mass attack against peaceful people is being prepared. It will be conducted during or soon after Friday prayers and Global Media have already prepared to make a “right” reportages from places with photo, video etc. There even a chemical weapon can be used. And of course the one who will be accused is Syrian army and government who will be named as an enemy of Islam and muslims. Meanwhile the terrorists name themselves the only Muhammad’s real ortodox followers and Coran as their only law because their hypocrisy has no limits.

It seems that a necessary amount of chemical weapons was transported by UN vehicles with other supplies for FSA militants. It was at July 29th near Aleppo. All transport vehicles were destroyed after unloading. UN convoys can’t be examined by Syrian army and observers are using it. Syria is forced to endure observers presence at it territory because it’s provided by Annan’s plan.

All seems that Kurds will be used, as victims to force them not resist Turkish military forces, which will invade Syria in answer on a provocation provided by Turkish or FSA militants in Syrian army uniform. As it was with Poland and Nazi Germany.
Anyway, Turkey is preparing for invasion.

The so-called leaders of the international community want to create controlled chaos throughout the Middle East region. They have created chaos in the territory of Libya. The former criminal gangs now have the power in this country and commit crimes. When Western regimes in Syria will be stopped, it will be time to help Libyans to remove the occupation regime.

News from the Russian People’s Commitee.

1 thought on “RED ALLERT: have the UN observers supplied the FSA mercenaries with chemical weapons for massacre at August 3rd?”