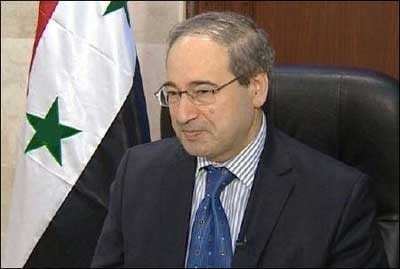 Deputy Foreign and Expatriates Minister Dr. Fayssal Mikdad reaffirmed that Russia’s stances towards Syria are based on the moral principles and bases of international legitimacy.

During his meeting with Director of Russia Today channel Alexander Nazarov on Monday, Mikdad lauded Russia’s balanced stances towards the Syrian crisis in particular and towards the world’s issues in general, affirming that these stances aren’t based on narrow, selfish interests as is the case with some western countries.

Mikdad also briefed Nazarov on the latest developments in Syria in light of the vicious attack on it.

For his part, Nazarov said he was glad to visit Syria and meet Syrian citizens and officials, saying that this allowed him to understand what is happening in Syria and realize the truth of what is taking place and what is planned for it.