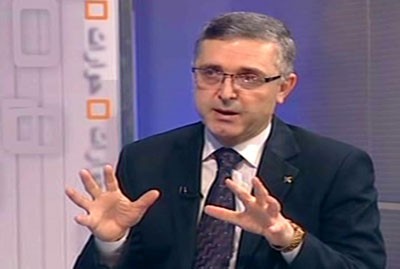 Apr 30, 2013 – DAMASCUS – State Minister for the National Reconciliation affairs, Ali Haidar, stressed that the terrorist attack that took place in Mezzeh Area in Damascus is an attempt ‘to shuffle papers’ in a very critical time when the Syrians are trying to reach the desired conference for the national dialogue.

In an interview with the Syrian Arab TV on Monday evening, Haidar said that these terrorist acts will not discourage the Syrians who are working actively to overcome the crisis.

He added : ” We, in Syria believe in the human being as a society not as an individual, and because we are a state of institutions, which does not get affected by terrorist acts or assassination, but rather we will remain on the way of progress and reconstruction.”

He clarified that the terrorist bombings and acts of murder and violence are a result of the foreign interference that wants to respond to the atmosphere which has started to heal up and become mature for a dialogue.

Minister Haidar pointed out that the political solution is the sole solution for the Syrians, indicating that There are a large number of people who are taking up arms for certain reasons, are ready to join the political process.

He called on those who bet on violence to realize that they are being used as fuel and shields by some foreign sides that will abandon them one day.

He said that the international objective conditions are heading towards the political solution, stressing ” the US-Western intervention is now behind us, as the search for the solution lies in certain details that allow the preparations for a dialogue table among the Syrians.”

” The steadfastness of the Syrian Arab Army and the stability of economy despite of the comprehensive foreign war and were the reason for this maturity,” he clarified.

The Minister pointed out that raising the chemical weapon file by the USA aims at gaining some points and attempting to directly intervene in the crisis either through Turkey, Jordan or Israel.

Haidar stressed that the national reconciliation is a project for all the Syrians, as it is a political project that should includes everybody.