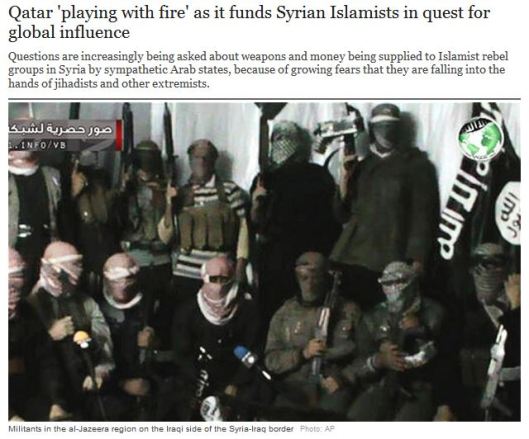 Questions are increasingly being asked about weapons and money being supplied to Islamist rebel groups in Syria by sympathetic Arab states, because of growing fears that they are falling into the hands of jihadists and other extremists.

Qatar and Saudi Arabia are among a handful of countries whose support for the uprising against Bashar al-Assad’s regime has won plaudits from many in the region, where few dispute that the Syrian president has forfeited any right to power.

But signs that arms and cash may be filtering through to groups such as the al-Nusra Brigade, which has openly declared allegiance to al-Qaeda, are alarming Western observers.

As the West has hesitated over sending its own military assistance, non-sectarian elements of the rebel Free Syrian Army are being outflanked and out-gunned by better-funded and armed Islamist fighters, including foreign jihadists….   … …

…   …   … read the full article by  Colin Freeman, Chief Foreign Correspondent of “The Telegraph” …   …   …at:
http://www.telegraph.co.uk/news/worldnews/middleeast/qatar/10022759/Qatar-playing-with-fire-as-it-funds-Syrian-Islamists-in-quest-for-global-influence.html 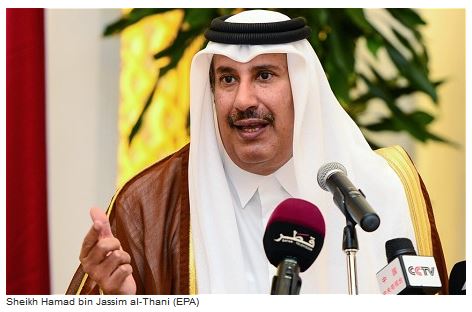 2 thoughts on “Terrorism By Proxy: Qatar ‘playing with fire’ as it funds Syrian Islamists in quest for global influence”