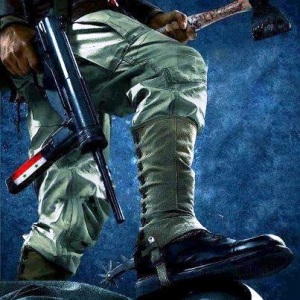 Terrorists killed,  their gatherings and dens destroyed  in several areas of Syria

25/7/2013 – (SANA-M. Ismael / F.Allafi/ B. Mousa) – Army units on Thursday killed scores of terrorists and destroyed their gatherings and dens in several areas.

The source added that armed terrorist groups which tried to infiltrate into Ashira and al-Qarabeis neighborhoods were repelled, with all their members killed, as other units destroyed heavy machineguns and terrorists’ gatherings in al-Dar al-Kabira, Talbiseh, al-Ghanto, al-Mashjar al-Janoubi, Beit Hajo, al-Rastan, Ein Hsein and Tal Hurbnafseh in Homs countryside.

Members of an armed terrorist group were killed and others injured on Mhardeh-Maarzaf road in Hama countryside.

Units of the Syrian Arab Army achieved remarkable progress in pursuing Jabhat al-Nusra terrorists in al-Rashidin neighborhood and destroyed their weapons caches and ammunition in a series of operations against their dens.

An official source told SANA reporter that several dens and concentrations of terrorists were razed in Minnigh town in the southern countryside of Aleppo.

The source added that units of the army destroyed terrorist concentrations in Tal-Rifaat and near al-Kindi Hospital, while other units eliminated terrorist groups in Kafar Hamra town.

Three weapons caches and ammunition belonging to the terrorists were razed in the farms of Khan al-Assa.

In Aleppo city, the army units pursued Jabhat al-Nusra terrorists in al-Rashidin nrighbohood and killed many of them.

Units of the Syrian Arba Army eliminated scores of terrorists during a series of operations in eastern Ghouta and Damascus countryside, discovering tunnels in Harasta city used by terrorists to attack citizens on Damascus-Homs highway.

An official source told SANA reporter that members of an armed terrorist group were killed and injured in Harasta city and their weapons were destroyed.

The army also discovered a tunnel extending from Mallouk Company to the western farms on Damascus-Homs highway.

In Barzeh neighborhood, the army continued operations and destroyed a bulldozer used by terrorists in their terrorist acts.

Terrorist dens and concentrations were razed in Irbin town and Ibb farms in Douma and many terrorists were killed.

In al-Hajar al-Aswad, an army unit eliminated most members of an armed terrorist group and destroyed their weapons.

A military source said that a unit of the army confronted an attempt by an armed terrorist group to attack a military checkpoint in Abu al-Shamat area  in Damascus countryside and killed 3 terrorists and seized their weapons.

A unit of the armed forces killed leader of an armed terrorist group on al-Raqa-Wadi Gharib road, named Abdullrazak Safuk, emir of the so-called ” Ahrar al-Asha’r Brigade”  and seizing weapons and ammunition inside his car.

An official source told SANA that another army unit killed several terrorists and destroyed a number of terrorists’ dens near Farzat square and al-Omari Mosque in al-Rastan.

Among the dead terrorists were Abdullah Bakur, Anwar Abaid and Ahmad al-Taqis.

Another army unit targeted a terrorists’ gatherings in Talbisa, killing and injuring scores of terrorists, including Abdulhakim Ramadan and Nyzar Atun.

2 thoughts on “Terrorists killed, their gatherings and dens destroyed in several areas of Syria”