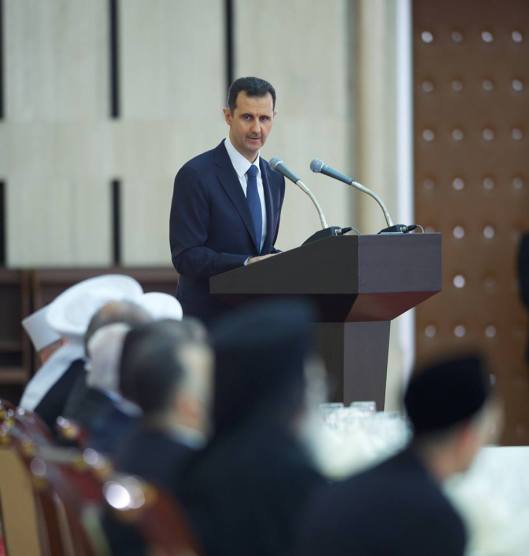 Today the 26th of Ramadan marks the holy night of “Laylat al-Qadr”.

President al-Assad delivered a speech in which he stressed the need to consolidate moral values and amity in the Syrian society, particularly in Ramadan, the month of good will and compassion.

The President discussed the latest developments of the crisis in Syria and the heroic works  of the Syrian Army which is defending the country, underlining the Syrian people’s support and rallying around the Armed Forces to protect Syria and its resources.