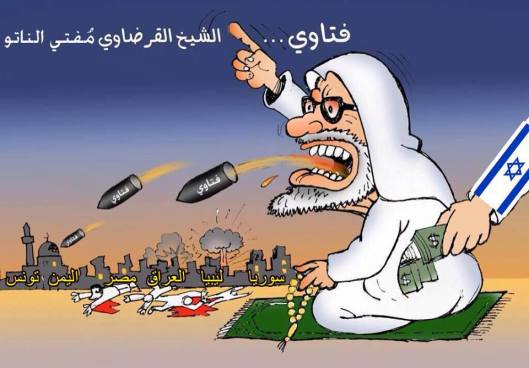 Definition of a Hypocrite:

1. A person who “pretends to have virtues, moral or religious beliefs, principles, etc., that he or she does not actually possess, especially a person whose actions belie stated beliefs.”
2. A person who “feigns some desirable or publicly approved attitude, especially one whose private life, opinions, or statements belie his or her public statements.”

CLERICS CALLING FOR “JIHAD” TODAY ARE TOTALLY OUT OF CONTROL AS ALL THIS IS LEADING TO IS THE DEATH OF MORE MUSLIMS WHO SHOULD UNITE AGAINST THE POWERS THAT ARE TRULY TRYING TO DESTROY THEM. THESE CLERICS ARE PAID MILLIONS OF DOLLARS TO CALL FOR FAKE “JIHAD IN SYRIA,” WITHOUT TRAVELING AND FIGHTING FOR THE CALL THEMSELVES. THEY WILL SAY, “THEIR WORK IN CALLING FOR JIHAD IS MORE IMPORTANT THAN ACTUALLY FIGHTING THEMSELVES…”

THE CLERICS CALLING FOR “JIHAD” AGAINST SYRIA, AGAINST THE USA, AGAINST IRAN, AGAINST SHIITES, AGAINST RAPE OF WOMEN, KILLING OF INNOCENT CHILDREN AND INFANTS, ETC ETC, ARE THE SAME CLERICS “SUPPORTING THE BLOODSHED” AGAINST THE SUNNI AND ALL SECTS IN SYRIA, AND ARE PAID BY THE USA, QATAR AND SAUDI!

AND I THOUGHT USA HYPOCRISY WAS BAD! 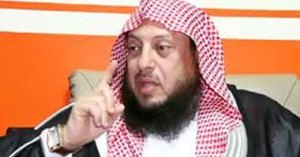 Zoghbi claims (regarding the Sunni in Syria), that “Everybody ganged up against them, and deceivers deceived them.” HE IS THE DECEIVER!

HERE IS WHERE “THE POT IS REALLY CALLING THE KETTLE BLACK.” Muhammad Zoghbi actually says, (Speaking of Arab rulers, I am sure speaking of Bashar al-Assad and Hassan Rouhani, neither in bed with Saudi or Qatar, or the Muslim brotherhood), “They are hypocrites, along with the accursed USA, for the benefit of Israel.”

Again Zoghbi LIES, and claims, (regarding the Shiites), “They came to them (the Sunni), and  slaughtered their sons, and humiliated their women. Their children and infants are slaughtered with knives in front of their fathers and mothers. Girls, women and mothers were raped by the rafidite (derogatory term), Shiites. He goes on with this rather dramatic presentation, in which he has some of his listeners in tears, sheds none. I would like to ask the “believers” of this Cleric, Have you ever seen the facts of what he says with your own eyes, or are you merely taking his word for it?

Muhammad al-Arifi an extremist Saudi preacher has arrived in London, raising fears that his presence could lead to an increase in sectarian strife in the UK. Muhammed al-Arifi is controversial not least for his sectarian sermons inciting hatred against Shia Muslims, including one he delivered just last week calling for Jihad in Syria & repeating age old blood libels against the Shia Mslims.

In this video, he instructs men, the proper way to discipline your wife. The third option is to beat your wife. “If he beats her, the beatings must be light and must not make her face ugly. He must beat her where it will not leave marks…”

Arifi, (speaking of Syria), “And if we were amongst them (rebel terrorists with no moral compass), we will defend their honor because their honor is our honor and we would have poured our souls for the souls of our brothers.”

Well, Mohamed al-Arifi, I would like to ask you then, why are you NOT fighting along side your terrorists in Syria? Afraid you will go in, and not make it out?

Some have called him the God Father of this revolution,” but I think this is too large a title for this little creature… 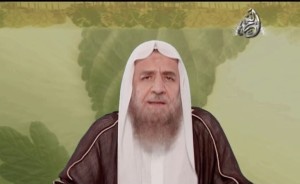 Aroor (Of FSA) Calls For Jihad in Syria, but does NOT want to send his own sons, and tries to explain why when asked.

Adnan Al-Aroor was dishonorably discharged from the Syrian Army during his service as a volunteer lieutenant in field artillery, December 1971, because of acts of sodomy & forcing soldiers to have sex with him in a conservative country at the time. This is illegal and earned him 2 months prison and a “Dishonorable Discharge from the Army.

That is just sick and wrong, and makes me wonder why the Saudis have you in Syria?

He then moved to Saudi where he is paid millions to sit on Saudi TV (like many clerics), and call for Jihad.

Even Aroor’s son speaks of his fathers hypocrisy!

Aroor’s young son Jabir (wearing an FSA flag around his neck), sits with his father on a live television show in Saudi. When asked by the host, “Jabir, will your father rule Syria? Will he be the President?” Jabir responds, “No, I don’t want.” He goes on to say why he would NOT want his father to rule Syria with what his father will ban. He discusses how his father (in watching the Syrian crisis, shouting at the rebel terrorists), “GET UP! Slaughter them! Shoot them! Give them money!” “What is this,” Jabir asks. Then the boy says, “Real men will go and fight not sit at the chair and keep talking.”

Sheikh Youssef al-Qaradawi goes off on a tangent here, and his words are so absurd, like his thinking process, that he spins circles to confuse those who are easily led to slaughter… Like his Sunni Jihad fighters in Syria. He does say he is “Against the peace process.”

A question posed to Qaradawi, “Is it permissible to target anyone who helps the Syrian “killer” regime…?” Qaradawi answers, “… members of the military, civilians, (Islamic) scholars, and ignorants.”

Asma Ben Kada Algerian MP and ex-wife of Sheikh Youssef Qaradawi, said that her former husband was a Mossad agent.

Asma Ben Kada affirmed that the Cheikh Qaradawi, currently President of the Union Internationale des Savants Muslims, conducted a visit to Tel Aviv early 2010. She added that his ex spouses maintains secret relations with the service of Zionist information and he speaks fluently Hebrew.

This is why, Hamad ben Khalifa Al Thani holds much to his Shaykh, has clarified Asma Ben Kada. She added that indeed, the Emir of Qatar takes advantage the post of Cheikh Qaradawi within the Islamic League Mondiale, order to execute the US-Zionist project designed behind the scenes of Knesset.

The same source stressed that Cheikh Qaradawi has received a certificate of appreciation the U.S. Congress, within which Jews represent the majority, and this for having succeeded in implement the American-Zionist project, in the Arab world.

US Naval Academy Instructor Teaching On Behalf Of US Muslim Brotherhood

According to promotional material…

A United States Naval Academy professor is teaching on behalf of the International Institute of Islamic Thought (IIIT), a part of the US Muslim Brotherhood and where global Brotherhood leader Youssef Qaradawi reportedly serves as a trustee.

Recently, Qaradawi visits Gaza, and “THANKS” Qatars role not only in the Syrian crisis, but in ALL the countries that have experienced the “Arab Winter.”

HOWEVER, THIS VIDEO, ALTHOUGH SHOWING QATARIS DROOLING OVER EACH OTHER, FAILS TO SHOW WHAT THE PALESTINIANS FEEL ABOUT HIS VISIT…

Palestinians “denounce” visit of Qatari-backed Qaradawi to Gaza, and speak of their support for Bashar Al-Assad

(VIDEO OF PALESTINIANS IN LINK BELOW)

The visit by the controversial Egyptian born cleric Yusef al Qaradawi to Gaza drew condemnation by many Palestinian people as well as Palestinian factions.

On Thursday a group of Palestinians from the Popular Front for the Liberation of Palestine (PFLP) rallied against his visit. They carried posters and chanted slogans in support of the Syrian President Bashar al-Assad and the leader of the Lebanese resistance movement Sayyed Hassan Nasrallah.

Al Qaradawi who is a citizen of Qatar and holds close ties with the Qatari emir is known for voicing support for the foreign-backed insurgents in Syria.

Al Qaradawi received a warm welcome by the Hamas government overnight Thursday upon entering Gaza through the Rafah Crossing with Egypt.

But for many here in Gaza al Qaradawi is a persona non grata.

The Palestinian People’s Party accused al Qaradawi of creating sedition both in Palestine and in the region.

He has also incited Western countries to attack Syria and this is totally unacceptable for us.”**

During his two day visit to Gaza al Qaradawi said that no one is allowed to give up any part of Palestine.

So how can you seek help from NATO when they are destroying the Palestinian people, the Iraqis the Lebanese, the Syrians”**

Many here believe that al Qaradawi’s controversial political and religious positions will bring nothing but hardships to the people of the region.

Some observers view al-Qaradawi’s visit as an attempt to improve Qatar’s image, after last month, Doha suggested land swaps between Tel-Aviv and a future Palestinian state.

NOW TO HEAR SOME TRUTH…

Make sure you have CC turned on for translations 🙂

Tunisian Jihadist Abu Zayd Exposes the Filth of the FSA after his Return to Tunisia.

Another Tunisia FSA explains how he was told to commit crimes on innocent people to blame the Syrian Arab Army and why he left Syria and the FSA.

Former al-Qaeda Militant: Jihadists in Syria are American Tools whose End is Either Death or Prison.

Now, the FSA, Al-Nusra, Al-Qaeda Terrorists are fighting the Al-Qaeda militants from Iraq and the Levant, Al-Nusra, and Al-Qaeda (sometimes fighting on the same side). All HELL breaks loose when you have a bunch of brainwashed militants all fighting for control, and completely unorganized. NONE of which are Muslims, or if they are, they have failed to read the words of their Qur’an, and are too busy listening to the “MILLIONAIRE” Clerics above, and those just like them.

Like I have said before, “A BULLY always meets his match!”

Now, in August, another video of Al-Nusra militants killing another top FSA commander

IN CLOSING, I ASK YOU LISTEN TO THE WORDS OF MUFTI MENK

Speaking about “THE DEVILS PLAN”

2 thoughts on “Clerics Calling For Jihad (in Syria) Are “NOTHING MORE THAN HYPOCRITES!” – “SHAME ON THEM!””