ISRAEL DOES WHAT THE USA GOVERNMENT DOES… BOTH ALLOW FOR “FAKE” ACCOUNTS VIA SOCIAL MEDIA TO TRY TO CHANGE PUBLIC OPINION ON THE CRIMES, AND APPALLING BEHAVIOR OF BOTH…

IT WILL NOT WORK THANKS TO THOSE WHO DO THEIR OWN RESEARCH!

“With social media, you can’t wait,” an unnamed official involved in the effort told the Jerusalem Post.

“We will get authoritative information out and make sure it goes viral,” the official said. “We won’t leave negative stories out there online without a response, and we will spread positive messages. What we are doing is revolutionary. We are putting public diplomacy in the hands of the public.”

Israel is set to recruit students to work undercover in “covert units” at universities. The students will post messages on Facebook, Twitter and YouTube on the Israeli government’s behalf – without identifying themselves as government agents. 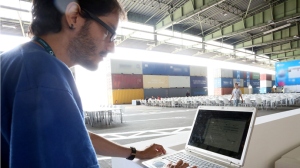 The students participating in the project will be part of the public diplomacy arm of Prime Minister Benyamin Netanyahu’s office. Leaders of the “covert units” will receive full scholarships in return for their online public diplomacy (hasbara).

The Prime Minister’s Office is looking to invest up to 3 million shekels ($840,000) to recruit, organize and fund the activities of hundreds of university students, Haaretz reported.

Sources in the Prime Minister’s Office told the newspaper that the main subjects that the campus-based units will deal with are diplomatic- and security-related issues, efforts to combat boycotts of Israel, anti-Semitism and the de-legitimization of Israel. The students will focus on Israel’s democratic values, freedom of religion, pluralism and “other subjects that give expression to the Israeli government’s public diplomacy policy.”

A member of the Israeli Knesset, Dov Lipman, and the Prime Minister’s Office’s director for interactive media, Danny Seaman, revealed the new initiative during a meeting of the Knesset’s Diaspora Affairs Committee last month.

The Prime Minister’s Office is planning to have Israel’s student union recruit up to 550 students with knowledge of foreign languages from Israel’s seven universities. The student union is to publicize the project among tens of thousands of students, and is to provide computers and work space for a project headquarters at all university campuses.

The covert units will be set up at each university and structured in a semi-military fashion. While groups will take directions from staff at the Prime Minister’s Office, the government says that officially they will be politically independent.

“The idea requires that the state’s role not be highlighted and therefore it is necessary to insist on major involvement by the students themselves without any political link [or] affiliation,” Seaman said.

Leaders of covert units will receive full scholarships from the Prime Minister’s Office, which will fund a total of 2.78 million shekels ($780,000) in scholarships for the program in the upcoming academic year, Haaretz reported.

“The national public diplomacy unit in the PMO places an emphasis on social network activity,” the Prime Minister’s Office said in a statement. “As part of this, a new pro-Israel public diplomacy infrastructure of students on Israeli campuses is being established that will assist in advancing and disseminating content on the social networks, particularly to international audiences.”

According to details provided to Israeli media, a government liaison officer for Israel advocacy will oversee the dissemination of “rapid responses” from Israeli officials to respond to news events, and coordinate with other government bodies that deal with public diplomacy, including the Israeli Defense Force.

The IDF has recently asserted a stronger, at times controversial presence on social media with mixed results. The new program may well seek to address perceived deficiencies in the way that Israel communicates with the world online.

Last year, during Israel’s eight-day Operation Pillar of Defense, an incursion launched into the Hamas-controlled Gaza Strip in response to rocket attacks, the Palestinian group was widely seen as having won the war of words on online media.

Haaretz reported that in the fallout of the military operation, the hashtag #GazaUnderAttack with 170,000 mentions easily surpassed Israel’s own #IsraelUnderFire, with a comparably meager 25,000 mentions.

“The perception dominating the online discourse was that the IDF had embarked on an unjustified attack,”said Tomer Simon, an Israeli researcher who studied social networking activity during the conflict.

4 thoughts on “Israeli Government to Recruit Students as Undercover Agents on Social Media!”