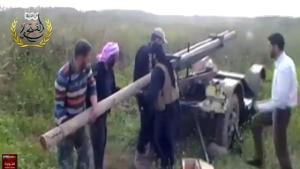 Homs, (SANA) – Terrorists fired rocket propelled grenades on the Red Crescent hospital in al-Ghouta area in Homs city, causing the martyrdom of 6 citizens and the injury of others.

A source at the Police Command in the province told SANA that the terrorist attack caused also large material damage to the hospital. 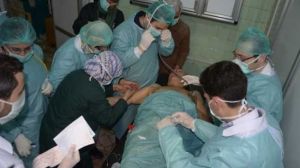 One citizen was injured in terrorist attack using rocket shells on al-Sqailabiye in Hama countryside on Wednesday.

An official source told SANA’s correspondent that terrorists fired two rocket shells at the town of al-Sqailabiye, one of them landing in a main street, injuring one citizen and causing material damage to houses.

TERRORISTS SHOWING OFF SOME OF THEIR WEAPONS THEY USE