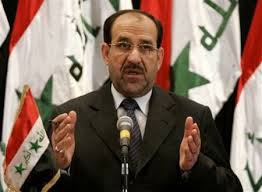 Baghdad, September 15, 2013 – (SANA-H. Sabbagh) – The Iraqi government categorically denied allegations by some sides in the so-called “Syrian opposition” who claim that chemical weapons were transported from Syria to Iraq.

Ali al-Musawi, media advisor of the Iraqi Prime Minister, said in a press statement that “Some sides in the Syrian opposition claimed that the Syrian government transported parts of the chemical weapons in Syria to Iraq in an attempt to tarnish the image of Iraq whose people were victims of such prohibited weapons.”

Al-Musawi said that as the Iraqi government categorically denies these reports and views them as cheap propaganda, it calls upon those making these allegations to work for the interests of Syria and its people instead of being mouthpieces and pawns of other countries that seek to undermine Iraq.

He asserted that Iraq is against the possession of such weapons and other WMDs anywhere in the world and under any pretexts.

Earlier, biased media outlets circulated statements of leaders of terrorist groups in Syria who claimed that chemical weapons were transported from Syria to Iraq.