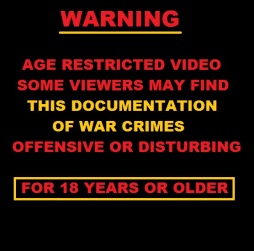 A screengrab taken on September 25, 2013 from a video distributed through an intermediary to local reporters and seen by AFP, shows a man claiming to be the leader of Nigerian Islamist extremist group Boko Haram Abubakar Shekau. (AFP/Boko Haram)

Around 40 students were killed in Nigeria’s north-east allegedly by militants from the extremist group Boko Haram. The well-armed insurgents broke into a college dorm at night and opened fire at young people while they were still asleep.

Soldiers recovered 42 bodies and transported 18 wounded students to hospital, according to the latest report by AP, citing a military intelligence official, who insisted on anonymity. Earlier, the college’s principal, Idi Mato, suggested that as many as 50 students could have been killed in the assault.

The attack on the agricultural college in rural Gujba of Nigiria’s northeastern Yobe state began at 1am local time on Sunday.

The extremists rode into the college in two double-cabin pickup all-terrain vehicles and on motorcycles, some dressed in Nigerian military uniforms, according to AP citing a surviving student, Ibrahim Mohammed. Witnesses say the extremists were apparently aware of the college layout, as they left the female dormitories intact.

“They came with guns around 1am (24:00 GMT) and went directly to the male hostel and opened fire on them… The college is in the bush so the other students were running around helplessly as guns went off and some of them were shot down,” Ahmed Gujunba, a taxi driver who lives by the college told Reuters.

Children sit in front of a burnt house in the remote northeast town of Baga on April 21, 2013 after two days of clashes between officers of the Joint Task Force and members of the Islamist sect Boko Haram on April 19 in the town near Lake Chad, 200 kms north of Maiduguri, in Borno State. (AFP Photo)

Boko Haram is the Islamist group’s popular nickname, which roughly means ‘Western education is forbidden’. The militant organization’s official title is ‘The Congregation and People of Tradition for Proselytism and Jihads’ and it has been fighting to create an Islamic state in Nigeria’s north since 2009. The group is notorious for targeting civilians.

It is the Islamists’ third attack on a school in Nigeria’s northeastern state in four months. In July, a similar assault left 41 students and an English teacher at a boarding school dead.

A state of emergency was declared in northeastern part of the country on May 14, with thousands of government troops being sent to the region. Following the most recent massacre, Ibrahim Gaidam, governor of Yobe state, suggested that the military crackdown was ineffective.

“Although there is [an] increase in troop movement and military hardware deployment in the northeast, people are yet to see the kind of action on the ground that effectively nips criminal and terrorist activities in the bud,” he said in a statement.

President Goodluck Jonathan on Sunday promised a change in tactics concerning fight against extremists, not going into detail though.

“When I declared a state of emergency things calmed down. Now they are looking for soft targets … If the drum is changing, we must change step,” he said as cited by Reuters. “I assure Nigerians we’ll do what is required to protect them.”

The president compared the attack on the Nigerian college to last week’s assault on a shopping mall in Kenya’s capital, which left 67 people dead. Boko Haram has said some of its fighters trained with Al-Shabab in Somalia.

Ayo Johnson, founder of the Viewpoint Africa website, believes the Nigerian attack is indicative of the general rise in Islamism in Africa.

A handout picture released by the Nigerian army on July 28, 2013 shows Multinational Joint Task Force (MNJTF) medical officers treating on July 27, 2013 civilians injured by suspected members of the Boko Haram Islamist sect in the village of Dawashe, in the Kukawa district of the state of Borno (AFP/Nigerian army)

“All these groups are joined together, be it Al-Shabab in Somalia or wider MNLA in Mali or MUJAWA [Movement for Unity and Jihad in West Africa] across West Africa – all these jihadist cells are blueprints of Al-Qaeda. Their focus is the same, their ideology is the same. They also want to do the spectacular attacks. They are always keen on grabbing the headlines,” Johnson told RT.

Africa has been destabilized following a series of the Arab spring revolutions there, according to Lawrence K. Freeman, editor of Executive Intelligence Review magazine, who spoke to RT in June.

“And what they do know is that the overthrow of Colonel Gaddafi, led by Obama and NATO, has been a catastrophe for North and West Africa in supporting various elements that have now allowed the destabilization of many of these countries, especially with the arms and the flow of Tuaregs and terrorists coming out of Libya,” Freeman said.

Meanwhile, an Islamist leader, Abubaker Shariff Ahmed, also known as Makaburi (Graveyard), who allegedly recruited killers to the group that massacred civilians at a mall in Nairobi warned in a Saturday interview to The Daily Mail that the Westgate siege was just the beginning of a series of attacks in revenge for Western intervention in Muslim countries and that Britain was the next target.
(BY RT NEWS – 30/9/2013)

SO WHY THE MEDIA SHOWS ONLY THOSE COMMITTED IN BOKO AND NOT THOSE COMMITTED IN SYRIA, IN MAALOULA RECENTLY, FOR EXAMPLE, THE CITY HERITAGE THAT IS ONE OF THE LAST PLACES IN THE WORLD WHERE CITIZENS STILL SPEAK ARAMAIC, THE LANGUAGE SPOKEN BY JESUS CHRIST?

FOR ALL THE PEOPLE PROVIDED WITH HUMANITY.

THE PURPOSE OF THESE VIDEOS, OUR SCOOP, IS NOT TO MAKE THE PEOPLE SHOCKED, BUT TO MAKE PUBLIC THE CRIMES AGAINST HUMANITY COMMITTED IN SYRIA AS ELSEWHERE.

THE INTERNATIONAL COMMUNITY SHOULD KNOW.

THESE MURDERERS AND CRIMINALS MUST BE STOPPED.

1 thought on “From Pakistan to Syria, from Nigeria to Libya and Mali, same crimes and same al-Qaeda-affiliated criminals supported by Saudi Arabia and the U.S. puppet of Zion”