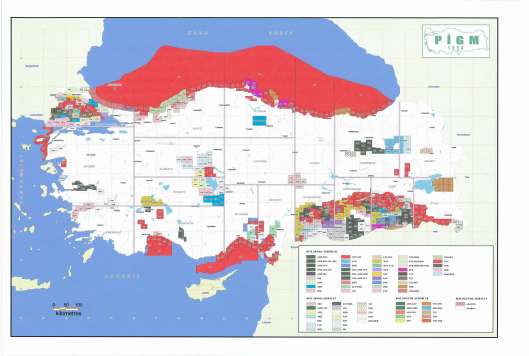 Arp Petrol, a subsidiary of AR Tarım, has obtained a four-year exploration license from the Energy Ministry. The company will drill a 400-square-meter area in Şırnak and Mardin in order to find oil extension of Syria. “We are examining the wells, which have been closed for 30 years, with the new technologies. We aim to make a revolution in the region. We will break the routine that says ‘there isn’t oil here’,” Şehmus Arslan, the Chairman of AR Tarım, has said.

Arp Petrol has begun seismic research and feasibility works in the area that showed that there were rich oil fields. The company is expected to start drilling in the region where it plans to make 15 million Turkish Liras of investment. The company’s license includes Şırnak, and Mardin’s Nusaybin and Midyat districts.
“There are many active wells across the [Syrian] border. Why shouldn’t we be here? We think that the oil was originated in Syria and immigrated to Turkey. We are working on the oil producer zone’s extension in Turkey. We are chasing the oil and natural gas extension of Syria,” he said.

Arslan said many wells had been closed with the excuse of “no oil found” for 30 years ago, but the main reason was the old technologies and security problem in the region that prevented activities. But the peace process allowed them to work in the region, he added.