Iranian Deputy Foreign Minister for Arab and African Affairs Hossein Amir-Abdollahian has once again stressed that Syria’s fate should only be determined by Syrians.

“A political approach should be adopted [in Syria] based on the national will of the Syrian people. It will be oppression against the Syrian nation if certain countries sit and decide for the country,” Amir-Abdollahian said on Sunday. 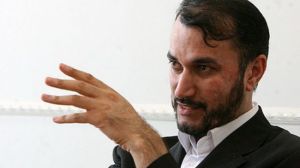 He added that Iran has always pursued a strategy in Syria based on diplomacy and avoidance of military approaches since the outbreak of the crisis in the Arab country some 30 months ago.

“It is our duty and other countries in Syria to prepare the ground for the Syrian people to decide their country’s future within the framework of the Geneva II meeting or any other [such] session,” the Iranian official pointed out.

Syria has been gripped by deadly unrest since 2011. According to reports, the Western powers and their regional allies — especially Qatar, Saudi Arabia, and Turkey — are supporting the militants operating inside Syria.

According to the United Nations, more than 100,000 people have been killed and millions displaced in the violence.

Amir-Abdollahian further pointed to recent talks between top Iranian officials and the UN-Arab League Special Representative to Syria Lakhdar Brahimi in Tehran and said the envoy believes in putting an end to violence in Syria, preventing the transit of terrorists into the country’s territory and opening dialog.

Brahimi paid an official two-day visit to Iran and held talks with senior Iranian officials on the latest developments in Syria and the long-awaited Geneva II peace conference on the crisis-hit Arab country.

Arab League Secretary General Nabil al-Arabi said on October 20 that the Geneva II peace conference would be held on November 23 aimed at ending the turmoil in Syria. Brahimi, however, has said that no date is set for the event yet.

The Geneva II conference is seen as a chance to find a political solution to the crisis in Syria. The event has been delayed for months.

The conference was proposed by Russia and the US on May 7. The date of the long-delayed event has changed many times as Syria’s foreign-backed opposition coalition remains divided over whether or not to participate in the meeting.

4 thoughts on “Only Syrians Can Decide THEIR National Fate OR It’s Oppression: Iran”