Christianity, one of the oldest religions in the world will be extinct if hard line Sunni Muslims have their way. Saudi Arabia has been known to say, “Not one Christian should be allowed to be buried on Arab land.” Knowing this, and knowing they (Saudi), breeds the hard line radical Sunni Muslims to spread their Wahhabi ideology throughout the Middle East, one finds it hard to imagine why “democracy” wasnt brought to this gulf country first.

British Minister: Christians in the Middle East are Undergoing Extinction due to Radicals

Wahhabi terrorist violence against Christians has put the very survival of the religion in some regions in peril. “We cannot stand idle,” says Baroness Warsi, who is the UK Minister for Faith and Communities. Christian populations are plummeting and the religion is being driven out of some of its historic heartlands. There is even talk of Christianity becoming extinct in places where it has existed for generations — where the faith was born.

In Iraq, the Christian community has fallen from 1.2 million in 1990 to 200,000 today. In Syria, the horrific bloodshed has masked the hemorrhaging of its Christian population whose percentage dropped to 6% after being around 20% since 1946. In Egypt, 32 churches were looted, burned, and destroyed during the past few months. 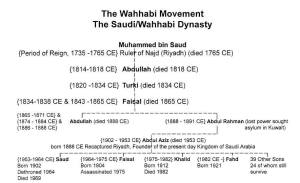 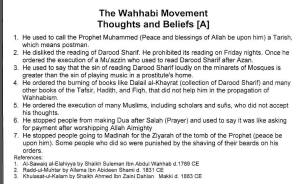 Christianity was born in the Middle East, and Saudi would do good to realize all ‘believers’ can live together in peace. God is God. He may named God to Christians, and Allah to to Muslims, and Jehovah to Jehovahs Witnesses, etc., but its the same God. All are believers. For anyone religion to claim superiority over another is a judgement call NOT to be made by man. Tolerance is to love all as brothers. 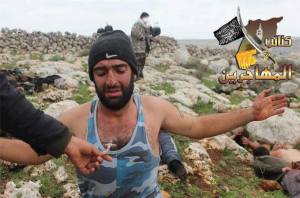 With Saudis sick blessing, hard line Islamists are killing Christians in Syria as fast as they can get their hands on them.

Remember, “mankind is mankind.” You will be judged upon your actions, so you better make damn sure that the acts you do against your innocent brother (and that is an impossibility to know until you are dead), are the correct ones. Eternity is a very very long time if your actions were wrong. You will pay.