Syrian air defense systems ‘harassed’ three Turkish jets flying over the southern province of Hatay by placing them under a radar lock, the Turkish General Staff said in a statement on its website today. 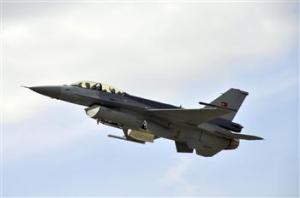 The three F-16 jets, which took off in succession from İncirlik Airbase in Adana and the Merizfon Airbase in the northern Anatolian province of Amasya, were each put under a radar lock for 10 seconds by Syrian missile systems while flying in Turkish airspace over Hatay’s Dörtyol district, the statement said.

A radar lock means that the missiles of the launch batteries were targeting the Turkish planes, ready to be fired.

Syria downed a Turkish F-4 jet that was flying over the Mediterranean Sea on June 22, 2012.
More recently, Turkey shot down a Syrian helicopter on Sept. 16 after arguing that it had violated Turkish airspace by two kilometers.