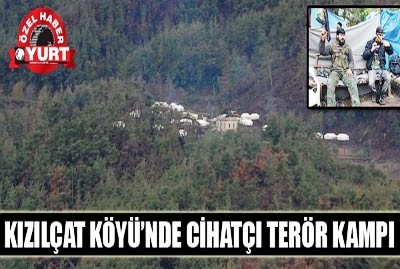 ANKARA – A terrorist confessed to a Turkish newspaper that the weapons come from Turkey to Syria and that the training courses are held in the Turkish lands.

In a report published Sunday on Yurt Newspaper, terrorist “M T” said that the materials which are stolen by the terrorists are being smuggled mostly to Turkey, adding that the terrorists were cultivating and trafficking drugs in their camps before removing their activities into areas which are under their control in Syria.

The terrorist, who is a member of one of the “Turkmen Brigades”, said that the weapons are being smuggled to the terrorists in Syria in various ways, sometimes in ambulances, adding that he himself examined an ambulance which was loaded with weapons, rockets and explosives, adding that all of them were U.S. made.

He added that Turkey had set camps for those terrorists before the events of Jisr al-Shoughour even took place, adding that the majority of the trainees were of non-Syrian nationalities, mainly Turkmen and Chechens.

3 thoughts on “Terrorist to Turkish Newspaper: Weapons sent through Turkey”