Palestinian lawyer Fahmi Shabaneh has charged that Palestinian Authority and Fatah leaders are complicit in the killing of former Palestinian President Yasser Arafat. 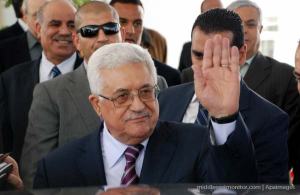 Shabaneh, who is a former senior official in the PA’s intelligence services, is accusing both PA President Mahmoud Abbas and former senior Fatah leader Mohamed Dahlan of being involved in the poisoning of Arafat.

The lawyer explained that he has documents which prove that the two men were involved in adding the polonium to the medical drugs served to Arafat during the period of his house arrest.

Shabaneh, who took part in an investigation into the death of Arafat conducted back in 2005, described how Dahlan hid Arafat’s drugs supply, and then damaged it. The “PA official also prevented Arafat’s doctor from looking after him during his last day,” Shabaneh said.

In September 2009, Abbas fired the head of the PLO’s political branch in Damascus, Farouq Al-Qadoumi, after he blamed the PA president and former Fatah leader for Arafat’s killing.

Al-Qadoumi said that he had “confirmed information” showing that Abbas and Dahlan were both involved in Arafat’s killing.

Meanwhile, Shabaneh ruled out that any investigation would reveal the facts about the real killers, Abbas and Dahlan, because they have too many connections to these missions.