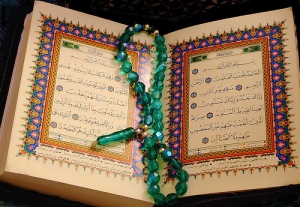 If you do NOT understand the situation in Syria, then do NOT be led astray by the lies of PAID men with agendas. The lies are the work of Shaytan.  The liars have a plan to decrease the Arab population in the world, and to create “Islamaphobia.” This will drive uneducated people AWAY from Islam. Do NOT serve the agenda of the US and Israel to pit Sunni against Shia, Muslim against Christian, or Arab against Arab. “Divide and Conquer,” its the American way.

DO NOT FALL INTO THE TRAP!

This is the manipulation of the PAID media just as many of the clerics and false fatwas issued against Syria by man. The USA has many media channels on youtube ONLY to deceive you, as Saudi pays many millions to FAKE clerics to deceive you. Do NOT be deceived. Do not just watch a video and assume it to be factual based on its title alone. Know your facts and do your research. I am sure if you do, you will find many lies spoke against the Syrian troops.

Here are some Syrian FACTS to ponder…

The US supported terrorists wear uniforms and pose as the SAA a LOT.

These are NOT Syrian soldiers. Do NOT be deceived.

This video is a PRIME example of the lies, AND its by one of the US channels…

To sum this up… Make NO mistake. Syrians do NOT “worship” President Bashar al-Assad before Allah (SWT), nor would he want them to. Syrians LOVE and RESPECT their President, and thats a HUGE difference. DO NOT BE DECEIVED!

This is the President Speaking, and this is his message to all Syrians…

Terrorists have attacked a holy tomb in Adra near Syrian capital Damascus and have taken out the buried body, sparking fierce outrage among people.
According to eye witnesses, a group of Salafis attacked tomb of Hijr ibn Adi, one of the companions to Prophet Muhammad, in small city of Adra, dug up the grave and took the body to an unknown place.

Exhumation of holy tombs is frowned upon in many countries and in Islamic belief, being referred as a disrespectful act.

Ahmad al-Khabaz who witnessed the scene told Al-Alam that attackers were celebrating their heinous act as they did it.

“This can only be a result of Wahhabi beliefs,” he said adding that, “Is this the claimed freedom they (the opposition) want for Syrian people? Do they want to free Syrians from their culture, humanity and Islam?”.

The attackers have said that they belonged to the so called Free Syrian Army which has been the face of a bloody armed insurgency for more than two years in Syria.

In another video, US and Israeli led Wahhabi Takfiri destroyed many more sacred sites in the Middle East…

(His video explanation, not mine)

Wahhabi funded terrorists, same animals blowing car bombs around the world are hidden from western run media, ignored, yet funded and armed by CIA, Mossad, MI6 and the Pentagon, Well. Why? your leaders are Satanic, zionist, masonic Monkeys. their God is Satan.

Reports from Syria say Wahhabi extremists have desecrated the grave of an ancient Muslim figure near the capital, Damascus.

The militants have reportedly attacked the mausoleum and exhumed the grave of Hujr ibn Adi in the Damascus suburb of Adra, and took his remains to an unknown location.

Hujr – a close companion of the Prophet Mohammad (PBUH) and a staunch supporter of the first Shia Imam Ali ibn Abi Talib (PBUH) – led the army of Muslims to victory in several crucial battles.

He and his sons finally fell victim to their loyalty Imam Ali (PBUH) and were murdered on the orders of the Umayyad Caliph Muawiyah in the year 660 CE.

Syria has been experiencing a deadly unrest since March 2011, and many people, including large numbers of army and security personnel, have been killed in the chaos.

The Syrian government says that the violence is being orchestrated from outside the country, and there are reports that a very large number of the insurgents are foreign nationals.

Damascus says the West and its regional allies Qatar, Saudi Arabia, and Turkey are supporting the armed groups.

This is the FAKE Jihad that has been waged against Syria by the USA and Israel, and funded by the petro dollars of Saudi and Qatar, aided by the weak minded Turkey, who it appears would rather kiss the ass of all these countries than stand with morals for a neighbor in a proxy attack.

“You reap what you sow.”

“Turkey, you have zero integrity just like those you aid!”

6 thoughts on “Syria – A Case for Jihad or Not? Do NOT be Deceived”