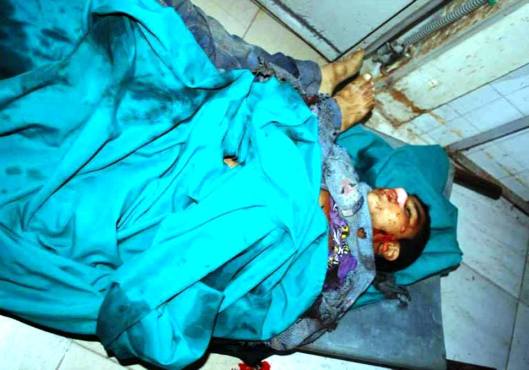 A source at Aleppo Police Command told SANA that 17 citizens were killed by mortar shells fired by terrorists on residential areas in Aleppo city.

The source said that the rocket shells fell in the areas of al-Fourqan, al-Meridian, al-Fayd, al-Jamiliye and Bustan Kul Abb, claiming the lives of 17 citizens including Judge Nasser Ahmad Mshalleh, an Aleppo Justice Department Prosecutor.

The attacks also injured 30 citizens, 9 of them in critical condition, in addition to causing material damage to citizens’ homes.

In another context, two citizens were killed in the blast of an explosive device planted by terrorists near Tal Ahwa on Hama-Aqrab road.

Two citizens wounded by an explosive device in Hasaka

In another context, two citizens were injured by the blast of an explosive device planted by terrorists in front of the Central Commission for Control and Inspection in al-Zuhour neighborhood in Hasaka.

Leave a Reply to The Old Sniper Cancel reply