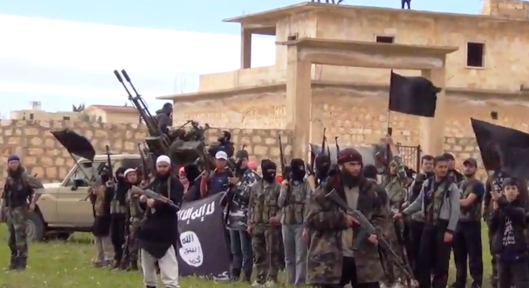 A report has revealed that al-Qaeda-linked groups are using “safe houses” in southern Turkey to send foreign militants to neighboring Syria to take part in the war against its government.

In a report published on Saturday, the state-run BBC said there have been many militants from European and Western countries who used such refuges to cross into Syria.

A man running one of the houses near the border town of Reyhanli said that “more than 150 people” stayed at a house in the past three months.

“Between 15 and 20 were British. It’s all done through invitations from friends,” he said.

He went on to say that the militants usually “stay for a day or two before crossing into Syria and stay on the way back when they are waiting for flights back to their home countries.”

The report confirmed that Turkey is now becoming an increasingly organized supply route for al-Qaeda-linked foreign militants fighting in Syria.

The report also quoted a French militant as saying that “there are thousands of us, literally from every corner of the world.”

“We are all al-Qaeda,” the French militant said, adding that he had joined a brigade which had 8,000 men in Syria.

He added that the brigade had recently pledged allegiance to other terrorist organizations such as the Islamic State in Iraq and the Levant (ISIL).

Over the past year, thousands of foreign militants have poured into Syria to fight government forces.

Analysts from an arm of the British defense consultant IHS Jane’s and from a nonprofit think tank in London estimate that over 15,000 foreign militants, including Americans and Europeans, are fighting in Syria.

In recent days, Western diplomats have warned that the issue of more than a thousand terrorists who have come from Europe to fight in Syria has turned into “a serious concern” for the countries they come from.

Last month, US Senator Thomas Carper confirmed during a Senate homeland security committee hearing that “American citizens as well as Canadian and European nationals have taken up arms in Syria, in Yemen and in Somalia.”

“The threat that these individuals could return home to carry out attacks is real and troubling,” he warned.

The US and some of its allies, including Saudi Arabia, openly support the armed gangs in Syria.