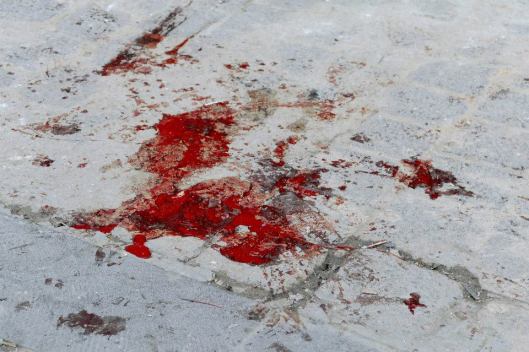 Terrorists are trying to drive Army’s attention toward Adra from Qalamoun.

Al Alam, Mazen Salmo report ~ Syria’s foreign-backed militants launched a deadly offensive on the Syrian town of Adra, located Northeast of Damascus, that has forced hundreds of people flee out of the town.

A video showed piles of dead bodies in houses, among them children, which were killed during militants’ attack.

Local witnesses told Salmo that militants attacked Adra’s super markets, fuel stations and bakeries as they entered the city and scared people off their way.

An unknown number of people have been abducted by militants while many have been killed in their homes, the reporter said.

Local reports also say that people have been executed in Adra following al-Nusra Front attack on the town, and some have said more than a hundred people have been killed by militants in last couple of days.

Local resistance forces are still fighting the militants in parts of the town, Salmo said, as the country’s army is largely focused on its battle in the strategic Qalamoun area near capital Damascus.

“It seems that militants are trying to drive army’s attention toward Adra from Qalamoun,” Salmo said.

Militant forces have suffered heavy losses in the Qalamoun fighting.

They have also called for a mass mobilization against Syrian army which has shown a strong face in defending capital from militants’ threat.

Nearly three years of crisis has taken its toll on the lives of around 126,000 people in Syria, according to new statistics compiled by the United Nations. Millions have also been displaced due to the turmoil.