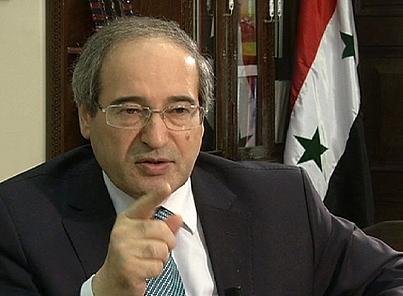 Syrian deputy foreign minister Faisal Muqdad: “French and the Americans are insisting that Iran will not attend (Geneva 2) while Saudi Arabia which is destroying Syria will attend…Saudi Arabia should be put on the list of countries supporting terrorism”

Nobody can stop Assad

from running again for re-election 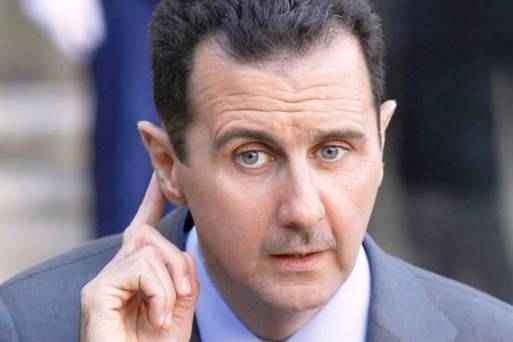 A senior Syrian official said nobody can stop embattled President Bashar al-Assad from seeking re-election and that a government team has been formed for peace talks, in an exclusive interview Thursday with AFP.

“Nobody has the right to interfere and say he must run or he should not run,” Deputy Foreign Minister Faisal Muqdad said, shortly after Russia criticised statements that he wanted to seek another term in 2014.

“President Assad in my opinion should be a candidate but he will decide when the time comes for him to decide,” he said.

“The ballot boxes will decide who will lead Syria.”

Russia earlier on Thursday issued rare criticism of its ally Assad over the presidential election scheduled for next year.

Bogdanov said Assad and all parties should steer clear of stoking tensions ahead of the peace talks planned for Switzerland in January aimed at ending the conflict raging in Syria since 2011. 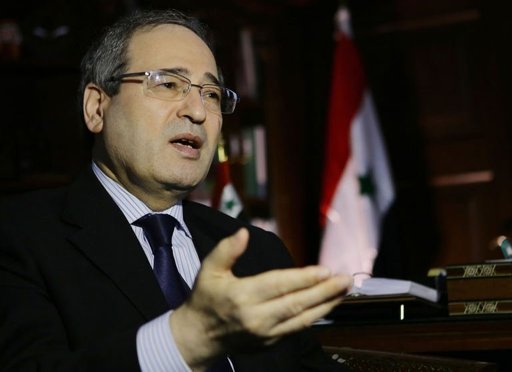 While the opposition insists on Assad’s ouster, three years into a brutal war that has killed an estimated 126,000 people, the Syrian regime has repeatedly said he would run in 2014 polls.

Muqdad also said his country has formed a nine-member delegation supported by five advisers to take part in the so-called Geneva-2 peace talks brokered by the United States and Russia.

“We are ready by all means and will announce the names of our delegation very quickly,” he said.

The official declined to answer whether the regime would be ready to negotiate with its Islamic Front foes from the battlefield.

“We shall see the results of the discussions because the Americans are given the task of establishing an opposition delegation,” he said.

“The Americans are expected to give the names tomorrow.”

Muqdad said there would be no “red lines” at the negotiating table or preconditions set “but we shall not allow any intervention in the discussion among Syrians.”

He said that opposition members and “even independents” could sit alongside the regime in any agreed transitional arrangements to end the Syrian conflict.

“For us the most important is to keep the integrity of the state, not to create any vacuum and to work for the establishment of a national unity government broadly representative,” he said. 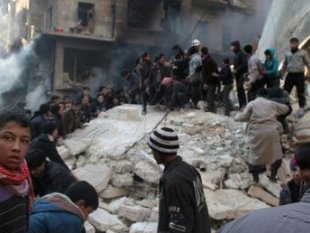 Syrians search for survivors amidst the rubble following an airstrike in the Shaar neighborhood of Aleppo on December 17, 2013

Muqdad pointed out the format for the talks

“The mechanism established by the UN is that both of us will address (UN-Arab League envoy Lakhdar) Brahimi. Mr Brahimi will be in the middle and he will be leading the discussions,” he said.

Muqdad described the United States and Russia as the “initiators” and said their representatives “will be seated in two rooms near the talks”.

Their role will be to provide “advise… to any delegation that wants to tell them about difficulties” and help “solve problems” that may arise.

Muqdad had harsh words for Saudi Arabia, which has supported rebels fighting to oust Assad.

“I think that if the world wants to avoid another 11 September incident, they must start telling Saudi Arabia ‘enough is enough’,” he said, referring to Al-Qaeda’s 9/11 attacks on the US.

“Saudi Arabia should be put on the list of countries supporting terrorism,” said Muqdad, while rejecting opposition to the participation at the peace talks for Syria’s ally Iran.

Muqdad said: “It’s a tragedy that the French and the Americans are insisting that Iran will not attend while Saudi Arabia which is destroying Syria will attend … It is absolutely unacceptable”.