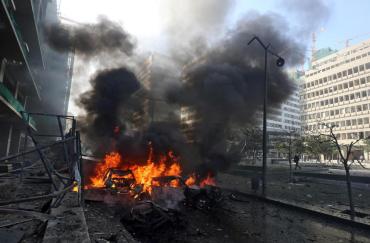 A powerful terrorist bombing rocked central Beirut in the vicinity of one of Beirut Hotels on Friday, killing five people, including former Finance Minister, Mohammad Shatah, and wounding dozens according to Lebanese Health Ministry.

Lebanese National News Agency (NNA) mentioned that the explosion took place in front of AUDI Bank in Starco and near the Phoenicia Hotel.

A plume of black smoke was seen rising in the downtown due to the explosion as the security forces , civil defense and red cross rushed into the scene to rescue the injured.

In turn, Caretaker Health Minister Hassan Khalil, in a telephone call with al-Manar TV, strongly condemned the terrorist bombing which led to the killing of Shatah calling on the Lebanese to be united to face terrorism which targets Lebanon and Lebanese people as a whole.

The Lebanese capital has been hit by several bomb attacks over the past few months including targeting the Iranian Embassy in Beirut, which left dozens of dead and wounded as well as two terrorist bombings in southern suburb of Beirut. Two weeks ago, two army checkpoints in the southern Lebanese city of Sidon were attacked. 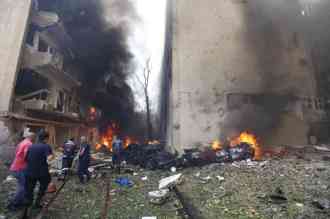 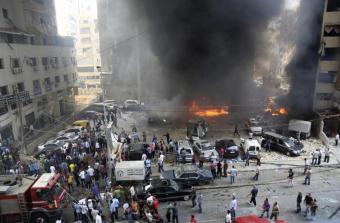