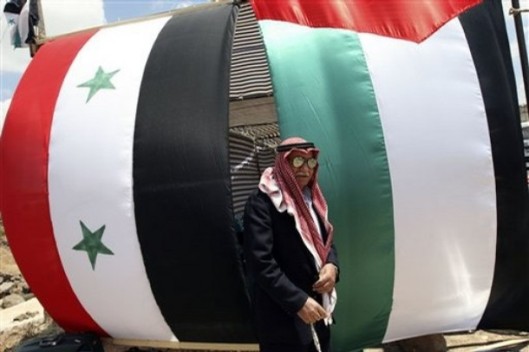 Damascus, (SANA/Mousa/Sabbagh) – Minister of Social Affairs Kinda al-Shammat discussed with Palestinian Labor Minister Ahmad Majdalani the ways for delivering humanitarian aid to the citizens in Yarmouk Camp and the families which were displaced from it due to the crisis in Syria.

Al-Shammat affirmed the need for putting a plan in cooperation with the relevant bodies to find mechanisms for delivering aid to the citizens in the Camp through “safe passages.”

She called for concentrating on the humanitarian file in the Camp and dealing with the situation of the affected people, adding that there are sides attempting to foil all initiatives to solve the crisis in the Camp to exploit the situation politically.

For his part, the Palestinian Minister pointed out that the armed terrorists groups in the Camp prevent delivering humanitarian aid to the citizens and deal with the camp as a political hostage.

He said that the initiative issued by the Popular Reconciliation Committee on August aims at getting gunmen out and leaving the Palestinians out of the crisis, in addition to guarantying the return of citizens to their homes.

The Palestinian popular committee at Yarmouk Camp said that terrorist groups prevented the attempts to evacuate sick people, the elderly and university students from the Camp.

The committee said that efforts were made to allow people with specific humanitarian conditions to leave the camp, but on Wednesday morning armed terrorist groups foiled these efforts by opening fire on paramedics and members of the popular committee carrying out this initiative, resulting in injuring a number of paramedics.

The committee called on Palestinian national forces to take steps to put an end to the acts of the armed terrorist groups which have already thwarted an initiative to resolve the situation in the camp peacefully.