Syria’s permanent envoy to the UN Bashar al-Jaafari said that it became crystal clear that the takfiri, Wahabi, extremist terrorism is of Saudi origin, adding that the sponsorship of Saudi Arabia to “the international center for combating terrorism” is one of the biggest scandals of the UN. 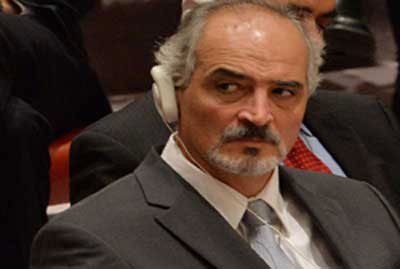 He said that thousands of those who fight in the ranks of the Islamic front and Jabhat Nusra are Saudis.

Al-Jaafari added that Syria will sue Saudi Arabia, Turkey and Qatar through hundreds of documents, letters it deposits at the UN which convict these countries.

He affirmed that there is would be no meaning to the political dialogue if violence and terrorism had not stopped.

Syria’s permanent envoy to the UN Bashar al-Jaafari said that anyone who rejects the peaceful, political solution and dialogue among the Syrians, under the leadership of Syria, has no seat at the dialogue table, saying “it is not possible for any state to sit at Geneva table without being committed to the halt of violence.

“If violence, terrorism wouldn’t stop, the political dialogue had no meaning… it seems that some parties didn’t understand this point yet, commitment to the stop of valence is the first article in the plan of the former international envoy to Syria Kofi Annan, so as for Lakhdar Brahimi,” al-Jaafari told al-Mayadeen Net in a speech.

He added that it is impossible to make the necessary factors for holding Geneva 2 conference if there was not an international consensus at all participants to stop violence.

Al-Jaafari wondered about who can oblige the armed groups, of different resources, to stop fighting and yield to decisions, adding “what could Saudi Arabia, Qatar and Turkey offer at the conference as long as they didn’t take for granted that their victory in Syria became mirage.”

He pointed out that Saudi Arabia sponsorship for the international center for Combating terrorism is one of the biggest scandals in the UN.

“It is not possible for Saudi Arabia to engage in an international multi-party act to combat terrorism while it sends terrorists to Syria… this affirms that the extremist, takfiri and wahabbi terrorism is of Saudi origin,” al-Jaafari said.

He clarified that Syria works at the UN to sue Saudi Arabia, Qatar and Turkey through hundreds of documents and letters it deposits there, saying “we have sent a letter on the Saudi intelligence cooperation with its Turkish counterpart to bring al-Qaeda from Yemen to Syria.”

Al-Jaafari affirmed that nearly 520 members of al-Qaeda in Yemen have entered Syria through Turkey by the Saudi intelligence.

He stressed that the Saudi involvement in Syria is confirmed, starting from the statement of the Saudi Foreign Minister in Cairo who admitted that Saudi Arabia is arming the “opposition”, adding that 9 terrorists, among them 5 Saudis, of the so-called “Islamic State in Iraq and Sham” were killed at the hands of the Syrian army last Friday.

“There are hundreds, rather, thousands of Saudis who fight in the ranks of Jabhat al-Nusra and the so-called “Islamic Front” as the Saudi ruling system is involved in the instigation to terrorism and perpetrating massacres in Syria,” al-Jaafari said.

He went on to say that superpowers, and even the regional countries don’t forget that organizations like “the Islamic State in Iraq and Sham,” and Jabhat al-Nusra don’t think in establishing a democratic state in Syria, saying that the so-called “Islamic Front” was invented by Bandar bin Sultan, his brother and the Saudi intelligence, wondering how could they sit at the dialogue table and pretend that they represent the Syrian people while they are fighting each other.

Syria’s permanent Envoy to the UN saw that the US support to Iraq as well as the UN to statements which back a plan for the Iraqi Premier Nouri al-Maliki in al-Anbar province is an indication to the beginning of a change into combating terrorism and its sponsors in the region. 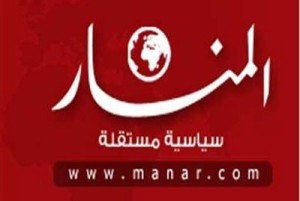 The Palestinian al-Manar newspaper said that secret meetings have been held over two weeks in Paris and Riyadh with the participation of USA, Israel, Saudi Arabia, France, Turkey and Qatar with the aim of derailing the political efforts to solve the crisis in Syria.

The newspaper said that the meetings seek hindering political solution in favor of launching an aggression on Syria with Saudi and Qatari funding and US-Israeli intervention.

Al-Manar quoted informed sources as saying that Saudi Foreign Minister Saud al-Faisal and Saudi Intelligence Chief Bandar Bin Sultan are leading these communications with US and Israeli officials to adopt a plan to wage an aggression on Syria.

The sources said that Saud al-Faisal has met with Israeli intelligence official in Paris, adding that Bandar Bin Sultan is responsible for enhancing the security and military relations between Riyadh and Tel Aviv.

Many media and intelligence reports have revealed the role of the regimes of Qatar and Saudi Arabia in a series of crimes and terrorist bombings in Syria, Lebanon and Iraq through their support to terrorism and terrorists.