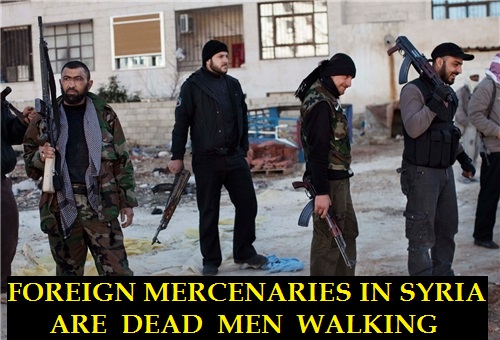 Hollande: 700 from France fighting within extremist groups in Syria

French President Francois Hollande said 700 French nationals had left France to take part in the fighting alongside the extremist groups in Syria.

“A certain number of young Frenchmen and young foreigners living in France… are fighting in Syria — 700 are listed, that’s a lot. Some are dead,” Hollande told a press conference in Paris on Tuesday.

Hollande called on the French authorities to take stringent measures to combat the “networks and havens that sustain terrorism”, raising fears that those “fighters” could carry out attacks on France soil if when they return home.

A report prepared by the Belgium intelligence and recently broadcast by the French TTA weekly bulletin showed that 4-5 thousand European nationals are fighting within the ranks of the takfiri groups in Syria and Iraq under the name of “jihad”. 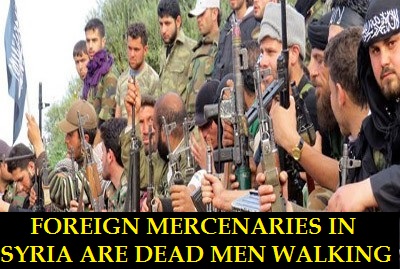 Germany: Extremists who go to Syria source of concern

German Interior Minister Thomas De Maiziere said that the number of extremists who travel to Syria is exceptionally big to a degree that it became a source of concern.

“It is known that nearly 240 extremists left Germany and went to Syria during the last year… we fear they would return with combatant experience and international communication to carry out attacks in Germany,” De Maiziere said in a statement on Tuesday.

He added that the problem with the extremists who grow up in Germany and go to Syria is not a matter of concern for Germany only, but it relates to France and other European countries too.

According to a report by the Belgian intelligence, a French weekly bulletin lately affirmed that between 4-5 thousands of different European nationalities are fighting along the Takfiri groups in Syria and Iraq.

2 thoughts on “Hollande: 700 from France fighting within extremist groups in Syria ~ Germany: Extremists who go to Syria source of concern”