Turkish President Abdullah Gul called for a shift in government policy towards Syria after years of blatant support to terrorists and members of al-Qaeda, in a clear admission of the failure of the ruling party’s foreign policies, to be added to corruption watergates internally. 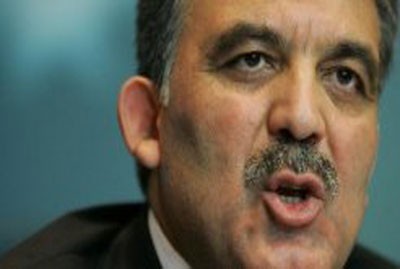 Unable to conceal the involvement of Recep Tayyip Erdogan’s government, Gul said “I am of the opinion that we should recalibrate our diplomacy and security policies given the facts in the south of our country in Syria.”

“We are pondering what to do for the realization of a win-win situation in the region,” Gul told Turkish ambassadors gathered in Ankara, calling for “patience, calmness… and, when necessary, silent diplomacy.”

“Today’s situation, however, represents a lose-lose scenario for each state, regime and people of the region… Unfortunately we see there are no magic formulas to reverse this picture.”

Gul’s remarks came in parallel to the increasing exposure of the Turkish regime-backed involvement in trafficking weapons to Syria through the Turkish borders, scandals the government persistently and hopelessly denies.

The Turkish police has recently stormed into the pro-Islamic Humanitarian Relief Foundation (IHH), a body that is close to Recep Tayyip Erdogan’s government, in Kilis, south Turkey.

In the same context, Turkish newspaper of Hurriyet said that the Turkish police arrested 25 people while raiding IHH offices, as it also carried out synchronous operations in several cities ad stormed houses of five people who are thought to be al-Qaeda leaders.

“Those arrested are involved in sending terrorists to Syria, collecting money to them under the pretext of charities allocated to the Syrians and supplying al-Qaeda members with weapons,” the Newspaper added.

The Turkish daily of Radikal said the security units raided various locations and detained numerous suspects, including many alleged high-ranking members of the organization.

The daily stressed reports on arresting a big number of people involved in trafficking weapons into Syria through security operations launched in the provinces of Istanbul, Adana, Kilis, Gaziantep and Kayseri.

Sen is also accused of sending groups of 15 gunmen to al-Qaeda groups in Syria and aiding members coming from Afghanistan and Pakistan to enter the neighboring country”, Radikal said.

Tens of thousands of demonstrators took to streets in the Turkish capital of Ankara in protest against Recep Tayyip Erdogan’s government, while the latter continues its internally-igniting policy of sending “Jihadists” into Syria.