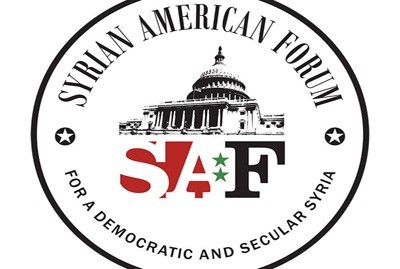 California, (SANA/Allafi) – Jan 19, 2014 – On the sidelines of the meetings of the board of directors of the Syrian-US Forum held to discuss the plan for the year 2014, the board announced opening new branches in four US states: New York, Michigan, Los Angelos and Massachusetts in Boston.

In a statement to SANA, head of the Forum’s branch in Californian, Ali al-Rayes, said this step comes in the framework of the Forum’s plans to achieve a unified national action by the Syrian community in the US to support the national stances and preserve the Syrian sovereignty.

He added that the new branches will work to continue the social and political activism of the Forum giving the Syrian community members to make use of their right as US citizens to express their views and national stances in rejection of US intervention in their homeland’s affairs and to exert pressure on the US government to change its stance on Syria.

He pointed out that after opening the four new branches, the total number of the Forum’s branches will become 8 located in California, New York, Michigan, Pennsylvania, Florida, Illinois and Boston and the number of its members reached over 3000.