GENEVA: The United States has restarted deliveries of nonlethal aid to the Syrian opposition, officials said Monday, more than a month after Al-Qaeda-linked militants seized warehouses and prompted a sudden cutoff of Western supplies to the rebels. 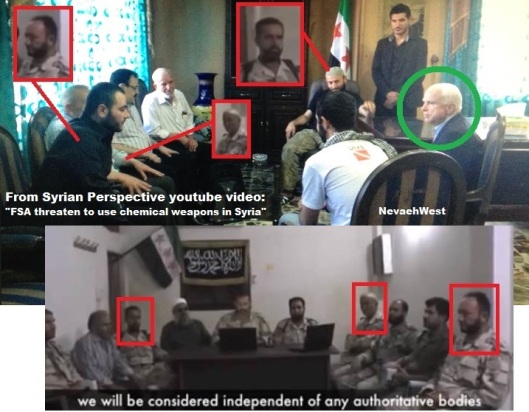 The communications equipment and other items are being funneled for now only to non-armed opposition groups, said the U.S. officials.

But the move nevertheless boosts Syria’s beleaguered rebels, who saw their international support slide after Islamic militants seized bases near the Turkish border that had been under the authority of a key U.S.-backed leader.

It could also be seen as a U.S. reward to the opposition for its participation in ongoing peace talks with President Bashar Assad’s government in Geneva.

The U.S. officials, who weren’t authorized to speak publicly on the matter and demanded anonymity, said the aid was being sent through Turkey into Syria, with the coordination of the Free Syrian Army’s Supreme Military Council, led by Gen. Salim Idris, a secular-minded, Western-backed moderate.

They stressed that the halt in supplies last month was only a “precautionary measure” until the Obama administration could once again verify the security of aid packages.

Items taken in December from the Bab al-Hawa crossing between Syria and Turkey have since been returned, the officials said, and U.S.-supported rebel groups have taken steps to prevent future supplies from being diverted.

Direct, nonlethal U.S. assistance to armed Syrian rebel units could resume soon, U.S. officials said. They provided no indication about the status of lethal assistance such as body armor and ammunition.

Britain also suspended deliveries some six weeks ago and Turkey shut its side of the border as fears over the growing strength of extremist jihadis crystallized in the takeover of the warehouses and bases by the Islamic Front, a new alliance of six of the most powerful Islamic rebel groups in Syria.

It was a stark demonstration of how Idris’s influence had diminished amid the rise of Al-Qaeda-affiliated militants flush with cash, weapons and battleground experience.

More than 100,000 people have died in Syria’s civil war, now in its third year. Internationally brokered peace talks began last week in Switzerland, but have made little to no headway, with most of the discussions centered on improving access for humanitarian groups and potential prisoner releases.

Syria’s fractured opposition movement has been losing ground militarily for several months as rebel factions turn their guns against each other, undermining the battle to oust Assad.

The U.S. officials said they resumed deliveries of a range of goods to civilian actors in Syria as early as late December. These included ambulances, garbage trucks, generators, food baskets, school supplies and office equipment.

The officials the aid is going to local and provincial councils and civil society groups, and the United States is confident the deliveries are reaching their intended recipients. They stressed U.S. support for the “moderate armed and unarmed opposition remains steadfast.”

Reported By The Daily Star