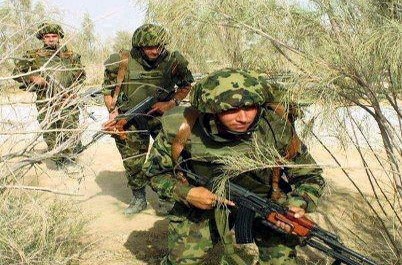 The army units on Wednesday continued operations against the armed terrorist groups, killing dozens of them and obliterating their hideouts, weaponry and equipment.

The army foiled attempts by terrorist groups to infiltrate Talkalakh countryside from Lebanon and destroyed many terrorists’ hideouts in many areas in the province.

A source told SANA that the army eliminated all members of an armed terrorist group in the town of al-Zara and destroyed a vehicle loaded with weapons and ammunition, among the killed terrorists was leader of the group, Mustafa Rajab.

The source added that an army unit killed scores of terrorists who tried to infiltrate Talkalakh countryside from the area of Wadi Khaled in Lebanon and seizing a rocket launcher.

About 13 terrorists were killed and 9 vehicles were destroyed in many areas in al-Qseir southern countryside.

Dozens of terrorists eliminated in Aleppo

The source added that the army also targeted and destroyed terrorists’ hideouts in the areas of Jdaidah, Kweires, al-Sheikh Najjar, Darat Izza, al-Atareb, Maarat al-Arteeq, al-Widehi and Azzan and killed and injured scores of the terrorists. 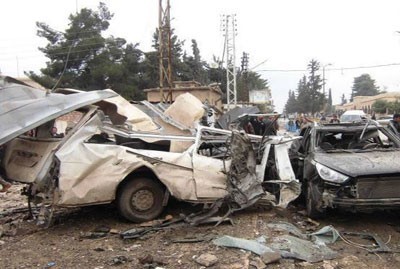 Five citizens were killed and others were injured by mortar shells fired by terrorists on residential neighborhoods in Deir Ezzor, Homs and Daraa.

A source told SANA that a mortar shell landed on the military hospital in Ghazzi Ayash neighborhood in Deir Ezzor city, killing four citizens, including a woman and a child.

The source added that other terrorists fired a mortar shell on al-Mashfa neighborhood in Busra al-Sham city in Daraa, killing a child and injuring other two citizens.

The source pointed out that a citizen was injured by a mortar shell while he was standing on his house door in al-Waar neighborhood in Homs.

The terrorist attacks caused large material damage to the citizens’ houses and cars.

A source at the Police Command told SANA that a mortar shell fired by terrorists landed on al-Sheikh Rslan area in Bab Sharqi, causing material damage and no casualties.

The source added that another shell fell on a building roof in al-Hareiqa area, causing material damage to the building.

Terrorists fired shells on the residential neighborhoods in Mhardeh city in Hama countryside, causing material damage to the citizens’ properties.

A source at the Police Command told SANA that a mortar shell landed on a workshop in Mhardeh city, causing material damage to it and to a number of the parked cars.