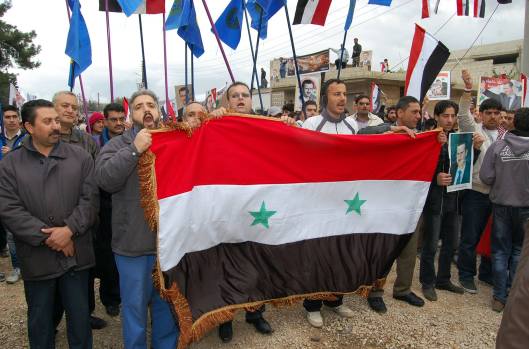 Citizens of Homs, students of al-Furat University and from the adjacent neighborhoods in Homs took to the streets and affirm their support to the National Army

Five citizens were martyred and 13 others were injured in a rocket shell launched by terrorists on a crowded area in Ikrema neighborhood in Homs city.

The terrorist attack caused the martyrdom of 5 citizens and the injury of 13 others, in addition to setting a number of cars ablaze and material damage to the private properties.

Moreover, two citizens were injured in a mortar shell launched by terrorists on a house in al-Khudari street in wadi al-Thahab in Homs. 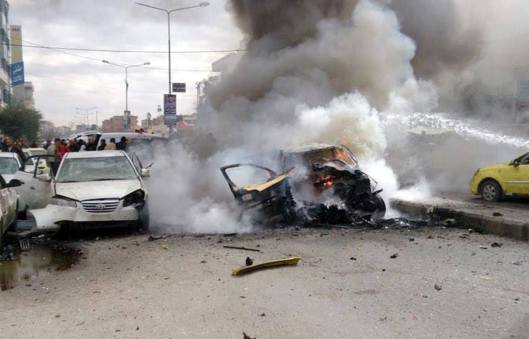 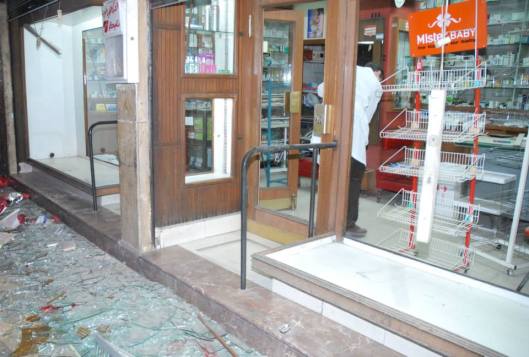 1 thought on “Homs: Despite the Terrorism and the Takfiris Attacks, Syrian Citizens Affirm Their Support To National Army”