The self-proclaimed government in Kiev has appointed the Ukraine’s richest men to govern large industrial regions in the defiant east. One of the reasons for the Maidan protest was the influence the rich have on politics in the country

The self-proclaimed government in Kiev has appointed two of Ukraine’s richest men to govern large industrial regions in the defiant east. One of the reasons for the Maidan protest was the influence the rich have on politics in the country.

The appointments of new governors of Donetsk and Dnepropetrovsk Regions are among 18 made on Sunday by Kiev, which is struggling to consolidate power after the coup which ousted President Yanukovich last month.

The newly-appointed Dnepropetrovsk governor is Igor Kolomoysky, Ukraine’s third-wealthiest man, with an estimated fortune of $2.4 billion. He co-owns the informal commercial group Privat, which includes Ukraine’s largest bank Privatbank, which Kolomoysky heads, as well as assets in the oil, ferroalloys and food industries, agriculture and transport.

A former ally of Yulia Tymoshenko, Kolomoysky reportedly had a falling out with her and refused to finance her election campaign in 2010, which the ex-prime minister subsequently lost to Yanukovich. Kolomoysky was reported to be a principal sponsor of the UDAR party, which is one of the three fueling the street campaign to oust Yanukovich. Kolomoysky has a dual Ukrainian-Israeli citizenship and controls his business empire from Switzerland.

The new governor of Donetsk Region is Sergey Taruta, who is estimated to worth around $2 billion, putting him among the top-10 wealthiest people in Ukraine. He heads ISD, one of the biggest mining and smelting companies in the world, and also own Donetsk-based Metallurg Football Club.

Not a stranger to politics, he used to sponsor Viktor Yushchenko, who came to power in Ukraine after the Orange Revolution of 2004. Among his personal habits is a reputed love for luxurious jewelry and ostentatious gold statues, reports RT’s Peter Oliver.

The appointments will have “a positive effect on the regional aspect,” believes Vladimir Groisman, who was appointed vice-president for regional development in the self-installed government.

“They are well-known and wealthy people. They had a choice – they could by a plane ticket or fly their own plane and go to another country and wait for the developments there. Or they could take responsibility. I respect their choice,” he said.

Among the accusations mounted on Yanukovich by protesting crowds in Kiev was the charge that he used his presidential power to take over assets of Ukrainian businessmen and make an illegal fortune for himself and his allies. Some Ukraine observers suggested that the oligarchs, threatened by presidential greed, financed the Maidan protests, seeing them as leverage on the government.

After his ouster, photos from Yanukovich’s opulent residence of gilded furniture and a private zoo in suburban Kiev made headlines worldwide. There is little doubt that many of those who sought to topple him for being corruptly enriched would eye the appointment of affluent businessmen to offices of power with a deal of suspicion.

The feeling is palpable in many comments in Ukrainian media.

“That’s good news. I’m tired of those businessmen in power,” said one sarcastic commenter at the site of the Ukrainskaya Pravda a leading online news service.

“It’s OK. The oligarchs have been controlling the regions anyway. I think they will provide order, because only they have the authority, unlike some middle-rank appointees,” soothes another one.

“Are they handing out fiefs? I’m sick of it. Is that what the people died for at the Maidan?” another commenter says. 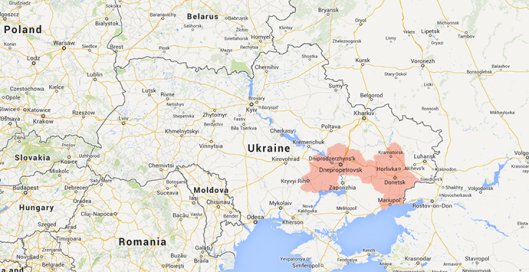 There is also the regional aspect, which Groisman mentioned. The better-developed industrial east of Ukraine depends on business ties with Russia and would be hurt badly by the EU association agreement, which the new government wants to sign as soon as possible. Mistrust towards Kiev is growing in the east, with several regions already declaring they would not be taking orders from the capital.

The defiant regions seek greater autonomy from the central authorities. Having the right to elect their own governors as opposed to have them appointed in Kiev, is one of the demands regularly voiced at the protest rallies in eastern and southern Ukraine.