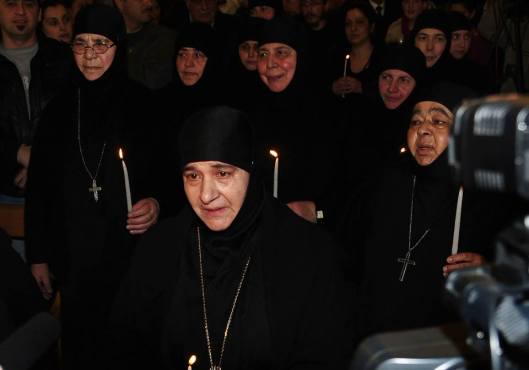 The released nuns of St. Thecla monastery arrived Monday at dawn in Damascus amid popular and religious reception.

Bishop, Louqa al-Khouri, General Patriarchal Vicar of the Roman Orthodox Church in Damascus, said in a statement upon the arrival of the nuns to al-Qassa area, eastern Damascus, that Syria, which does not know any differentiation between Muslims and Christians, is targeted with all its cultural components by the armed terrorist groups that do not apprehend but the language of killing and spreading havoc.

Al-Khouri expressed deep gratitude for President Bashar al-Assad, “who did not disregard this issue at all, where he expressed great efforts for releasing the nuns.”

A number of the nuns expressed gratitude for all those who contributed to releasing them, on top of whom the Syrian leadership, as they also expressed pleasure over returning to the homeland.

At 1:30 am on Monday, the abducted nuns reached the Syrian borders with Lebanon coming from the Lebanese lands amid poplar and religious reception. 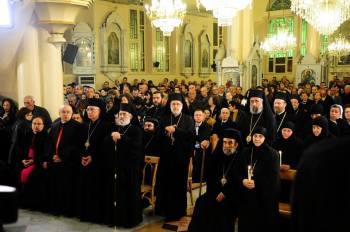 Upon arrival of the 13 nuns and the three maids, Head of the monastery mother Blajaa Sayyaf expressed thanks to President Bashar al-Assad for his efforts exerted as to make the process a success.

In turn, Damascus Countryside Governor Hussein Makhlouf said the presence of Islamic and Christian clergymen together proves that all of the Syrians are united and there is no difference among them.

Earlier, Gen. Ibrahim said the nuns were with the Lebanese security forces and heading to Syria, expressing gratitude to President al-Assad for providing all what was needed as to complete the realease process, adding process would not have been succeeded had President al-Assad not provided such facilitations.

Ibrahim said the most serious obstacle was the abductees’ changing conditions several times.

The nuns were kidnapped by terrorist group on December 2nd and the terrorists sabotaged the monastery and abducted the nuns before moving them to an unidentified place.

Islamic and Christian clergymen in addition to Governor Makhlouf and popular delegations received the nuns at Jdedat Yabous border crossing on the Syrian-Lebanese lands. 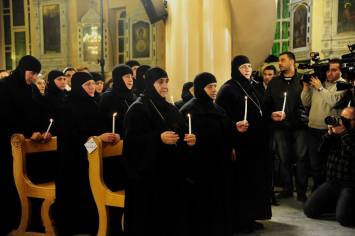 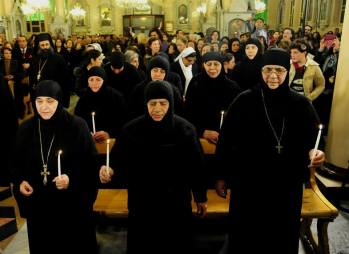 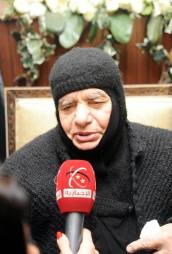 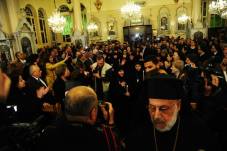 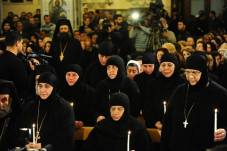 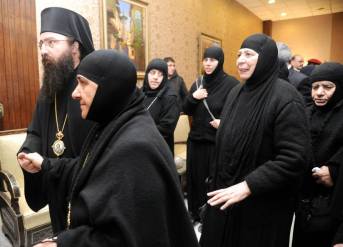 SFP from SANA REPORT BY M.Nassr/R.Milhem/Ghossoun