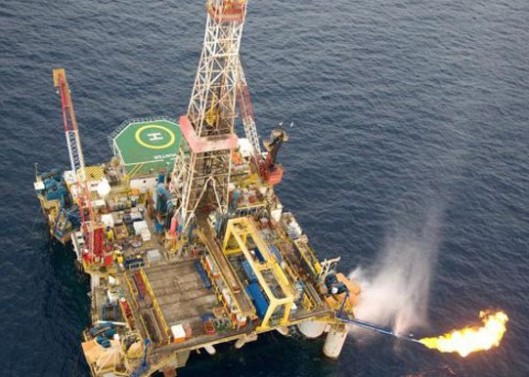 Israel and its ambitions of energetic control, an unconscious European nightmare.

Israel is looking to solidify control of Mediterranean gas fields and gas distribution, dreaming to replace the European needs of Russian gas: and this makes you understand the reason for the attack on Syria and Crimea/Ukraine.

The prospect of depending exclusively by Israel and its Arab puppet, to meet energy needs, for Europe is a nightmare to get rid of as soon as possible.

Become slaves to the whims and blackmail of the Zionist monster entity (prisoner of his ‘messianic’ paranoia) would plunge Europe into a state of total slavery…worse than the current.

Politicians in Europe (including the Euro–Maiden Nazi-puppets ) can not fail to understand this situation, and if they do it they are definitely acting in bad faith.

Our children will pay a heavy price for this corruption and this political suicide.

The following is an interview with Jim W. Dean, managing editor of Veteran’s Today

[Jim W. Dean (Veteran’s Today) Note: The topic for this interview was Netanyahu’s refusal to stop settlement expansion even during the peace talks.

So I had to quickly review the long used Zionist tactics for killing the peace talks and then blaming Abbas. But you know me, I also wanted to get in an issue that our wonderful free press refuses to discuss, which is the huge elephant in the room.

And that is how will the ownership of the off shore oil and gas fields be split up. We know what the Israeli position is going to be…”We take everything…because we have WMD and who is going to stop us?” “Can you feel the love?”

They even plan on taking Lebanon’s which is why they are keep the boot on their necks like they are. It is not really because they are a security threat. They want this pre-war condition to prevent them to getting any exploration and development going as they know that income will make them must stronger opponents to compete with.

Because no one has mentioned this before, Press VT went with the gas fields control issue in the main title. And that why I used the pipeline banner image..so you can see why Syria is being cut up. Another pipeline can go through north Syria with Gulf gas and oil and tie into the European pipeline.

‘They’ want to cut all of their local neighbors out of those future riches, and long term, replace Europe’s needing Russian gas. All the security issues are a smokescreen for another battle to get control not only of these reserves (while denying them to others) but also the distribution.

It is, beginning, middle and end…always about money. There really isn’t another issue for these people, period. The rest are just for show.]

Press TV has conducted an interview with Jim W. Dean, managing editor of Veteran’s Today, Atlanta about the Israeli PM opposing the freezing of illegal settlement building as a condition for the extension of talks.

The following is an approximate transcript of the interview.

Press TV: Basically Netanyahu has said he is going to do what he wants to do. How likely is it that the United States would actually this time around try to put some pressure on Tel Aviv to get them to at least stop expanding the illegal settlements? Do you see Washington playing any kind of a role in that?

Dean: Well, they actually do have a lot of pressure on them now, but the regular Likud Party structure and strategy for hailing the Americans has always been to slow down the process.

And they use this subversion they have on our Congress to try to drag the process out as long as possible and that undermines the prestige of the White House not being able to get anything done and then they try to have them lower their demands. So you have that aspect of it.

Then number two, they are always trying to get the Palestinians to leave the negotiations, because they’re continuing the settlements, so then they can turn around and say, “See we have no partner for peace. How can we have peace if the other side doesn’t want it”.

Of course, nobody believes that, but they’ve never been punished for that.

And then part three, which is kind of a wild card: they are also stalling because of the destabilization efforts that are going on particularly in Syria. They want to buy time and see how that works out because if Syria is less of a potential threat to them that could make them feel a little more comfortable.

And then the last item is – which doesn’t really get any coverage in the news – they’re really trying to buy time to solidify control of off-shore gas fields in the Mediterranean, particularly the ones that don’t belong to them like Gaza and some other areas.

And for some reason corporate media is not discussing this at all because it represents huge money and I can assure you the Israelis are focused intently on securing those gas fields.

Press TV: So you are saying basically a lot of this stuff is a smokescreen in order so they can get more control of the gas fields. That is the actual goal?

Dean: That is the Holy Grail prize when all of this is done. And this is why as a strategy, rather than just let the governments do, we need to up the game and punish them for stalling.

And the easiest thing we can do is expand the BDS (Boycott, Divestment, Sanctions movement) settlements boycott into a ‘weapons of mass destruction boycott’.

I just don’t understand why all of these organizations just don’t call for complete economic boycott on Israel until they turn over all of their WMDs to intentional authorities and they just don’t let them get away with this.

Then, also put up the issue of reparations to Palestinian people. The … lobbies have been very big on reparations and having people pay reparations for generations and I can’t understand why after the tremendous punishment that’s been dealt to the Palestinians that no one wants to bring this up.