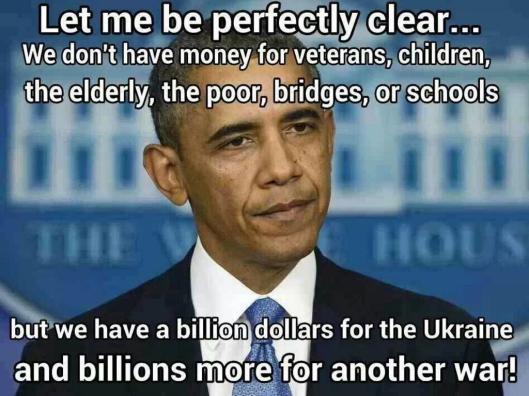 US has history of supporting anti-govt upheavals.

The US has been selective in supporting the self-determination of nations. It continues to dismiss Crimea’s choice to reunite with Russia, while at the same time backs the coup in Kiev.

And the idea is hardly new for Washington.

The current situation in Ukraine has something in common with the one in Colombia, James Petras, a political analyst and Professor (Emeritus) at Binghamton University, New York, believes. The common part is the US role in what’s going on in both countries, he suggests in his op-ed, recently published at the website of Montreal-based Centre for Research on Globalization.

“The two paths to 21st century empire-building-via-proxies are illustrated through the violent seizure of power in the Ukraine by a US-backed junta and the electoral gains of the US-backed Colombian war lord, Alvaro Uribe,” Petras says. “By rendering democratic processes and peaceful popular reforms impossible and by overthrowing independent, democratically elected governments, Washington is making wars and violent upheavals inevitable.”

The US has quite a history of meddling in Colombia since encouraging the breakaway of Panama, in the early 20th century. The US was then able to negotiate favorable conditions for the creation of the Panama Canal. The most recent example comes from 2013, when The Washington Post published an article revealing that the CIA actively helped the Colombian government to locate and kill guerrilla leaders. 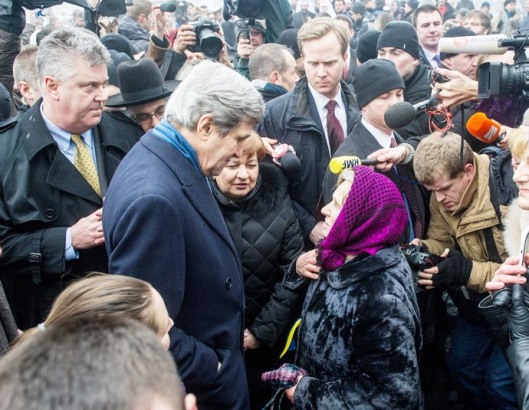 US Secretary of State John Kerry speaks to people at the Shrine of the Fallen in Kiev on March 4, 2014. (AFP Photo / Volodymyr Shuvayev)

While preaching non-interference to Russia, Washington has been very active in showing its support for, first, protesters in Kiev and then to the coup-appointed government. The US participation in events in Ukraine did not confine itself to distributing snacks to rally participants, or friendly gestures of support.

“We’ve invested over 5 billion dollars to assist Ukraine in these and other goals that will ensure a secure, prosperous, and democratic Ukraine,” Victoria Nuland, Assistant US Secretary of State for Europe and Eurasia said in December, 2013.

The announcement has drawn criticism.

“The West spent 5 billion dollars destabilizing Ukraine. This is something that is a mess that’s put on Russia’s doorstep by the West,” a US writer and activist, Daniel Patrick Welch, believes.

International law professor at Georgetown University, Daoud Khairallah, says there are many more examples of the US meddling in the internal affairs of other countries.

“The Middle East is an example,” he told RT. “What is known as the Arab Spring is method of self-destruction, achieving political goals through having societies destroy themselves.”

Quite a number of post WWII coups are believed to have been US-assisted, like the one in Iran in 1953. Prime Minister Mohammed Mossadegh, who sought to turn Iran into a full democracy was ousted with the help of the US and replaced by the Shah, who then ruled as absolute monarch for the next 26 years.

“It was the potential… to leave Iran open to Soviet aggression – at a time when the Cold War was at its height and when the United States was involved in an undeclared war in Korea against forces supported by the USSR and China – that compelled the United States [REDACTED] in planning and executing TPAJAX [the code name of the coup operation],” reads the CIA document, declassified in 2013 and cited by the Foreign Policy.

Latin Americans have always believed themselves to be a major target of the US over the years. A popular joke there says: “Why will there never be a coup in the US? Because there’s no US Embassy in Washington.”

“We have examples of outside intrusion in the internal politics of states like Mexico, Guatemala, Panama, Nicaragua, Haiti, Dominican Republic, and Grenada,” the late Venezuelan president, Hugo Chavez, said in one of his RT interviews. “Repeated attempts of a coup in Venezuela, Argentina, Brazil, Ecuador, and Bolivia. There was no coup in the 150-year-old history of Latin America, that the US government did not apply its hand to.”

For more opinions on the role of the US in “regime changes” throughout the world watch RT’s Anastasia Churkina’s report.