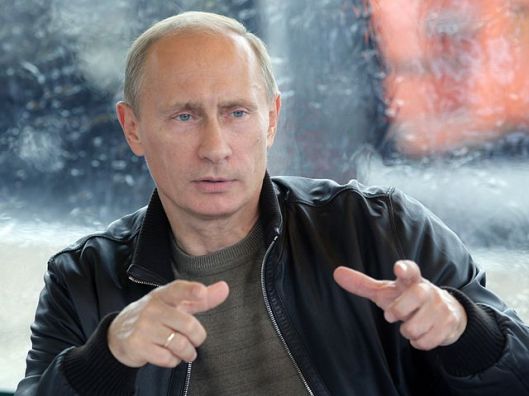 Russian President Vladimir Putin stressed Tuesday the importance of resuming talks on the crisis in Syria in the framework of Geneva 2 conference.

~ 25/03/2014 ~ In an letter addressed to the Arab Summit which kicked off in Kuwait earlier today, Putin expressed hope that talks could come out with clear agreements on all issues in Geneva Communique of June 2012, so as to find a political solution to the crisis in the country, calling for putting the capabilities of all countries to this effect.

Putin said Russia pays special attention to solving crises in the Middle East through political and diplomatic settlements with keeping respect of the sovereignty, independence and territorial integrity of all the region’s countries.

Putin said he believes that normalizing the situation in the Middle East and North Africa would contribute to a large extent to quickly reaching a comprehensive settlement for the long-unresolved regional conflicts, on top being the Arab-Israeli conflict.

He stressed his country’s determination to continue work towards reaching a just and lasting solution for Palestinian Cause through establishing a viable impendent Palestinian state over the entire Palestinian territories that is able to live and last in security and peace.

Putin also voiced Russia’s intention to boost its partnership with the Arab countries for consolidating peace, security and stability in the region.

15 thoughts on “While USA agents and Obama’s cannibals are slaughtering the Syrian people, President Putin stresses on resuming Geneva talks to find political solution in Syria”