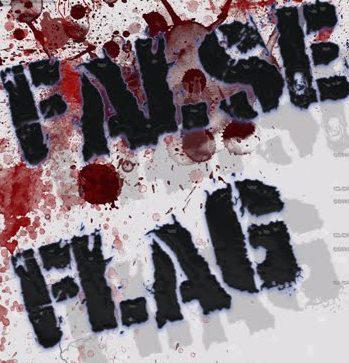 Syria calls on the United Nations to investigate a leaked audio file involving senior Turkish officials. The file allegedly contains discussions by top Turkish authorities on how to fabricate an attack in order to justify a military operation against neighboring Syria.

Ja’fari further slammed some members of the UN Security Council and its secretariat for refusing to hear the truth about the situation in Syria. He said that’s because those countries themselves are QOUTE “deeply involved” in spreading terrorism across Syria. This, as Ankara has said the leaked tape is a plot ahead of the country’s local elections. Turkish government officials have not denied the discussions in the tape but they say part of the audio file has been manipulated.

A collection of Turkish attempts to spark a full-blown war with its neighbor, with the backing of the NATO alliance.

The Turkish government is red-faced after a leak on YouTube revealed a daring plot to justify invading neighboring Syria. An anonymous source posted audio of a secret meeting between top Turkish officials – discussing a false flag operation that would appear as a Syrian attack. It’s not the first time Ankara has tried to rally NATO against Syria. RT’s Marina Portnaya has a collection of Turkish attempts to spark a full-blown war with its neighbor, with the backing of the Alliance.