Syria’s Permanent Representative to the UN Dr. Bashar al-Jaafari said that terrorist groups are planning to launch attacks using chemical weapons in Jobar area to accuse the Syrian government of it later, as indicated by a phone call between terrorists monitored by the authorities. 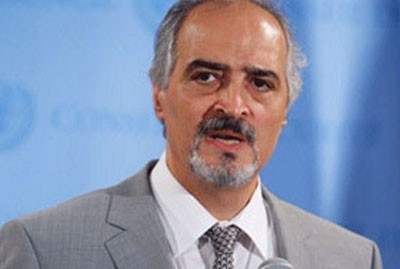 Al-Jaafari told Russia Today TV channel in a phone call on Tuesday that he sent two identical letters on March 25th to the UN Secretary-General and President of the Security Council drawing their attention to two vital issues.

He said that the first issue is that the Syrian authorities monitored a landline phone call between two terrorists in Jobar area in Damascus’ suburbs, during which one of the terrorists said a third terrorist referred to as Abu Nader is secretly distributing gas masks to protect from toxic gas among his cohorts.

Al-Jaafari said the Syrian authorities also intercepted another call between two terrorists, one of them referred to as Abu Jihad who said that there will be a use of toxic gas in Jobar area, asking the terrorist members working with him to prepare gas masks.

He added that the purpose of this talk is to use toxic gas once again to accuse the government of the attack, just like what happened last year in the Ghouta area in Damascus Countryside and in Aleppo before it.

Syria’s Permanent Representative said that the more critical piece of information is that the terrorist organization known as Jabhat al-Nusra broadcast a video on their YouTube channel on March 23rd showing preparations for carrying out a bombing in Sukkar site in Adra area in Damascus Countryside, where Jabhat al-Nusra and Al Qaeda terrorists are running amok.

He noted that the video showed a BMP armored vehicle loaded with 7,000 kilograms of TNT and C4 and driven by a terrorist called Shamel al-Ansari, in addition to another car loaded with explosives driven by a Jordanian terrorist called “Abu Stef al-Urduni,” with the purpose of the two vehicles is to detonate them in Sukkar site, which contains chemicals.

“There’s nothing called international community, unfortunately,” al-Jaafari said, “we directed two letters to the Security Council to have the countries that keep talking about the threats of chemical weapons to pressure the countries sponsoring and funding these terrorist groups – specifically the Turkish, Saudi, and Qatari governments – to prevent such terrorist acts by pressuring these gangs and terrorist gangs,” adding that now this matter is in the hands of the Security Council.

He added that the joint coordinator of the UN and the Organization for the Prohibition of Chemical Weapons (OPCW) as well as the UN Secretary-General are aware of this, and the Syrian authorities are doing their duties in this regard, noting that the area in question is blockaded, adding “as far as we are concerned as a government, we are doing our duty to the fullest, but the issue now has regional, and international and Arab aspects.”

Regarding developments in Kassab and Lattakia countryside, and the steps to be taken by the Syrian government, al-Jaafari said that on the political side, Syria sent five letters on the issue of Kassab to the UN Secretary-General and President of Security Council during the past seven days, with all the letters full of information on the direct involvement of the Turkish government in sponsoring the terrorist attacks on Kassab.

“These terrorist groups came from Turkish territories and were covered by Turkish artillery, tanks and aircrafts so that they aren’t engaged by the Syrian Army in that area, with the purpose of the Turkish military involvement being an attempt to distract the Syrian Army form these terrorist groups so that they may commit their heinous acts,” he said.

Al-Jaafari pointed out that there’s considerable migration of Syrian Armenians from Kasab and that there have been many victims, but the Syrian authorities are liberating the area one meter at a time, with intense battles taking place there.

He concluded by asserting that in the end, the Syrian Arab Army will emerge victorious and liberate all areas up to the borders with Turkey, just like what happened in al-Hosn, Yabroud and al-Queseir.

RED ALLERT:
Obama’s cannibal gangs are plotting to carry out a chemical attack around the capital Damascus 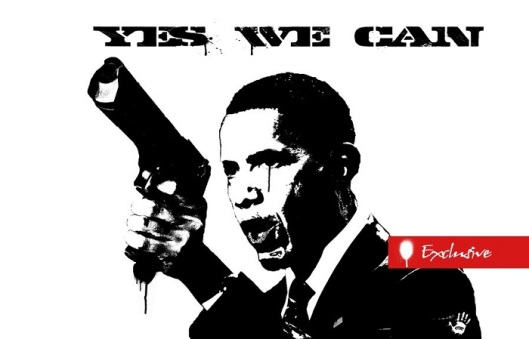 2 thoughts on “Al-Jaafari: Terrorists Planning to Launch Chemical Attack on Jobar to Accuse the Government”