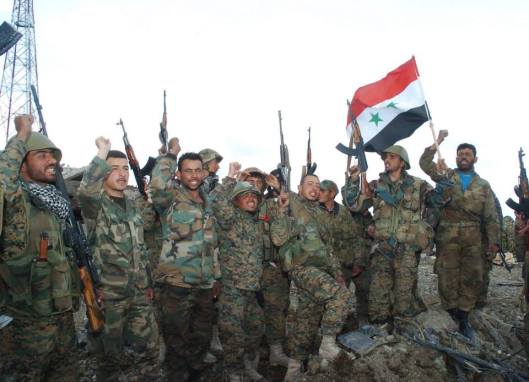 Lattakia (SANA/Mazen Eyon) – 4 April 2014 – Army’s Chief of Staff, General Ali Abdullah Ayoub, accompanied by a number of officers, made a field tour Thursday inspecting the units working in the 45th position and the surrounding spots in Lattakia northern countryside.

During the tour, General Ayoub met a number of field commanders, listening to the process of combatant tasks, performance level and the military units’ readiness to continue their missions in pursuing the armed terrorist groups.

The successive victories gained by Army and national defense forces are a natural outcome of their ideology and unity with the Syrian people who stand by them in one rank against terrorism and enemies of the Nation,” General Ayoub affirmed

He appreciated the high combatant and moral spirit enjoyed by soldiers of the Syrian Arab army and armed forces in confronting the armed groups until rescuing the Homeland from their evils and sins.

Meeting the Army fighters, Ayoub said that the Syrian people look at them with an eye of confidence in the inevitable victory , adding “this makes our armed forces more determined to carry out missions till cleaning the Syrian land from the evil tools of the Zionist entity.”

At the end of the tour, General Ayoub hailed sacrifices of the soldiers and their heroism as well as their permanent willingness to confront enemies of the people.

For their part, the Army soldiers affirmed their readiness to offer their souls for the sake of the Homeland’s dignity till restoring peace and security to Syria.

Army units launched military operations against terrorists’ dens and gatherings in several areas around the country. 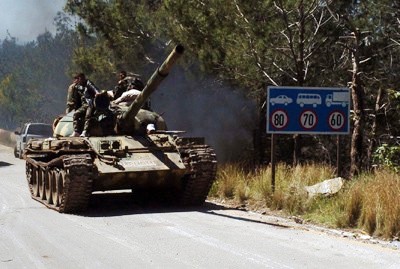 SANA reporter said that scores of terrorists were killed in Ein Tarma, al-Mliha and Marj al-Sultan in eastern Ghouta. Haitham al-Dakki and Benyamin Shawkeh were identified among the killed terrorists.

20 terrorists were killed and scores others injured near the mosque in Jubar neighborhood, and a mortar cannon was destroyed east of the Police Hospital in Harasta.

The army units discovered a 200-meter long tunnel extending towards al-Majd suburb after killing terrorists in Alia farms in Douma, while other units dismantled 38 explosive devices that terrorists planted in the area.

The reporter added that army units carried out a string of operations in al-Sarkha farms southwest of Yabroud, killing terrorists affiliated to “al-Huda Battalions”, among them Maher al-Mesilmani, and wounding several others.

Terrorists’ dens were demolished in Khan al-Shih, and several terrorists were killed and others injured in Bour Said neighborhood in al-Qadam area.

Army units killed numbers of terrorists and wounded others in the areas of Tar al-Ashtar in al-Rastab and in the surrounding of al-Zafaraniyeh Dispensary and Burj Qaei in al-Houla in the countryside of Homs, a military source said.

The source added that army units confronted an armed terrorist group that attempted to attack al-Zara electricity station in al-Rastan city in Homs province, killing many of the terrorists and injured others.