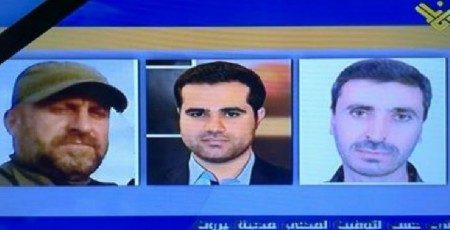 Three journalists working with Lebanese al-Manar television have been killed after coming under attack from foreign-backed militants in the Syrian town of Ma’loula.

According to al-Manar, correspondent Hamza al-Hajj Hassan, technician Halim Allaw and cameraman Mohammed Mantash were gunned down by “armed groups” on Monday.

Meanwhile, Press TV’s crew that is covering the conflict in the strategic Qalamoun region, says Iran’s al-Alam Arabic-language news channel crew has been met with gunfire as well.

On March 8, Omar Abdel Qader, a cameraman who worked for Beirut-based al-Mayadeen television channel, was killed in Deir Ezzor, the largest city in eastern Syria.

The privately-owned channel said Abdel Qader lost his life on his 27th birthday while covering clashes between Syrian troops and the foreign-backed militants in the city.

Dozens of journalists, including a Press TV correspondent, have been killed in Syria since the deadly conflict began more than three years ago.

The US-based Committee to Protect Journalists (CPJ) has described Syria as the most dangerous country in the world for journalists, blaming al-Qaeda-linked militants for kidnappings and murders of journalists, even in neighboring Iraq.

According Reporters Without Borders (RSF), over 130 news providers were killed in Syria between March 2011 to December 2013.

Syria has been the scene of a deadly crisis since March 2011. Reports say more than 150,000 people have so far been killed and millions displaced in the foreign-backed violence.

The Western powers and their regional allies — especially Qatar, Saudi Arabia and Turkey – have reportedly been supporting the militants operating inside Syria.

The most sincere condolences by the editorial staff of SyrianFreePress.net Network to the relatives of journalists and to al-Manar Network.