…Who sows the wind, reaps the whirlwind…

“Those in some Arab states who are cheering the items of the London conference are contributing to more killing”. (Abo Saeed)

Deputy Foreign Minister of International Parliament for Safety and Peace (IPSP) Haitham Abo Saeed said the London meeting of the so-called Friends of Syria group aimed to stress on more bloodshed in Syria.

In a statement, Abo Saeed said the group aims at putting pressure on the Syrian government into not holding a presidential election, set for June 3.

He affirmed that the crisis in Syria can only be solved through a comprehensive political settlement that is acceptable by the Syrians and to be materialized in the presidential elections.

The double standards in dealing with the crisis in Syria are no longer acceptable, said Abo Saeed, adding that the West should take a decisive stand on whether they are serious about combating terrorism in the Middle East, naming particularly Syria, Iraq, Yemen and Egypt.

“Those in some Arab states who are cheering the items of the London conference are contributing to more killing,” he said, adding that those already know that arming and supporting the terrorist groups would not bring much change on the ground.

The International Parliament for Safety and Peace (IPSP) has operated for over 35 years in Palermo, Italy. It is an intergovernmental organization of States, founded originally by constituting charter of the Republics of Cyprus, Senegal and Mali on 15th December 1975 and has today parliamentary and diplomatic delegations in more than 130 Nations.

The IPSP Charter on the Protection of Human Life has been given to the world on 16th of January 1976.

some gifts from the “Friends of Syria” 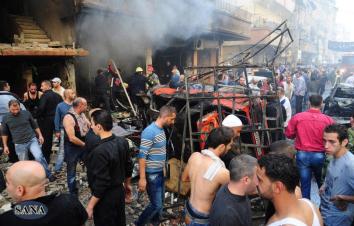 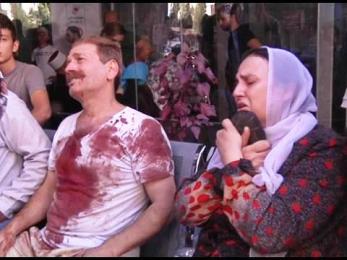