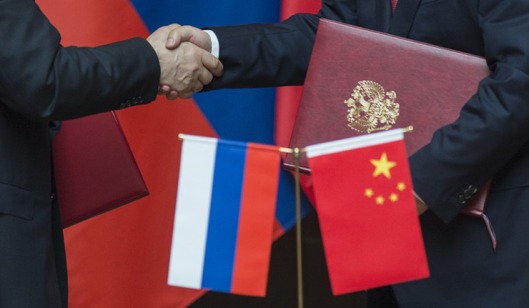 “This is Gazprom’s biggest contract. A contract like this has never been signed with any company,” Miller said.

This works out at $350 per thousand cubic meters: Gazprom signed a 30-year contract to supply up to 38 bcm of gas to China per year. He said agreement on the contract was reached at 4:00 am local time in Shanghai.

“All the fundamental issues were resolved,” he said. He said regarding mineral extraction tax for the gas fields where the gas for China would be sourced that “the sides have provided for preferential tax regimes.”

Russia and China have signed a Memorandum of Understanding on gas supplies via the Eastern route in addition to the contract between Gazprom and CNPC, an Interfax correspondent reports from the signing ceremony.

Reported By Voice of Russia