Just some photos to give you an idea of the hell that is experiencing the martyr city of Aleppo.

In one of these pictures (above) you can see a terrorist with a gas cylinder, used as a rudimental shells without any marksmanship, on which is written “gift from the mujahedeen to those who go to vote”.

A study of the UN declared Aleppo as the second largest city destroyed by war, after Hiroshima, thanks to the deadly weapon used exclusively on civilians.

In the past 3 days, the “guns of hell” (visible in the other 2 photos) fired about 40 shots, causing hundreds of deaths and about 400 injuries, with the consequent serious shortage of blood in the hospitals of the area. 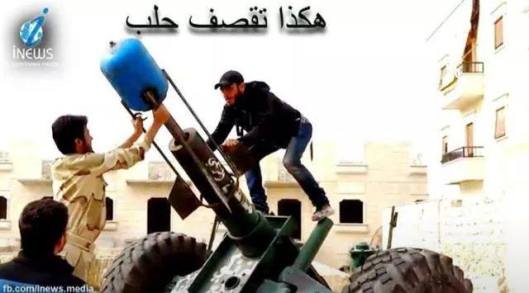 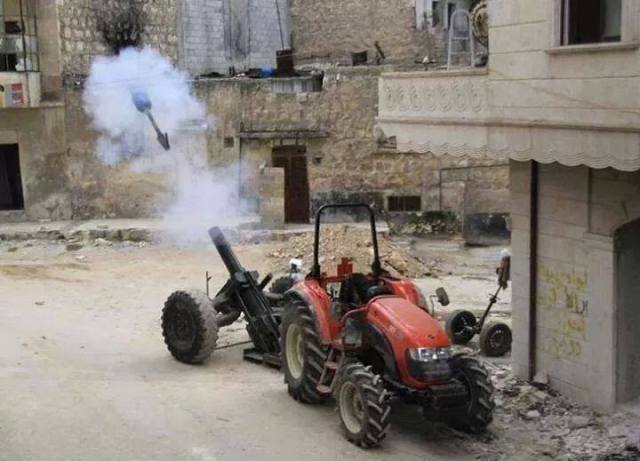 ISIL mercenaries, for their part, promises the beheading to anyone coming to vote.

Nonetheless, the inhabitants of Aleppo respond with full support for the presidential election,  next Tuesday June 3, and the Syrian patriotic army promises very harsh and deadly answers.

1 thought on “Obama’s cannibal gangs using ‘gas cylinders bombs’ as a rudimental shells against the population of Aleppo, hundreds of deaths in the past 3 days”