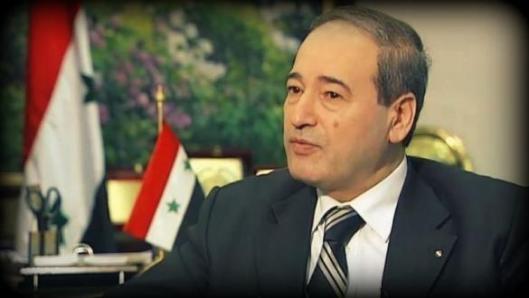 Beirut, 7/7/2014 – Deputy Foreign and Expatriates Minister Fayssal Mikdad warned that the fire of terrorism ignited by Western circles in Syria and Iraq in particular and the region in general will sooner or later burn those who have inflamed it.

“Since the first day of the aggression waged against Syria, President Bashar al-Assad said what is happening is a terrorist war against Syria,” Mikdad said in an article published Saturday by the Lebanese al-Binaa newspaper.

Mikdad also cited President al-Assad’s warning that if this war didn’t stop immediately, it would spread through other areas in the region and beyond until its flames would affect the entire world.

“Now that what President al-Assad said has proved to be true…still the masters of terrorism in the US, France, Britain, Turkey and Saudi Arabia continue to mislead their peoples and the world public opinion trying to exonerate their collusion with the terrorists,” he said.

Mikdad wondered if any rational person could believe that the participation of “thousands of foreign terrorists from over 80 countries in the war in Syria, and now in Iraq, has been behind the back of western officials and their intelligence agencies.

“All those inside and outside the region now know that what is happening in Syria, Iraq and Lebanon-and particularly in Iraq recently-is not a sectarian war, but a war between terrorism and those who are countering it,” he said.