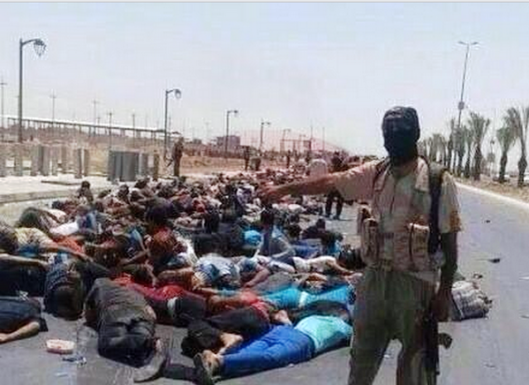 New photos have surfaced online showing the mass execution of dozens of civilians in northern Iraq as the ISIL terrorists continue their grisly crimes against the Iraqi nation.

The pro-ISIL group that posted the pictures on the Internet said the executions had been carried out in the town of Tikrit situated northwest of the capital Baghdad last Monday.

The ISIL-linked Internet page also claimed that those executed had volunteered to join the Iraqi army in its battle against the ISIL Takfiri terrorists.

Iraqi officials have not made any comments on the newly-released photos so far.

In late June ISIL Takfiris executed between 160 and 190 people in at least two locations in Tikirit between June 11 and June 14. The ISIL had claimed to have killed 1,700 soldiers in the Iraqi city.

Over the past weeks, heavy clashes have been underway between Iraqi armed forces and the ISIL terrorists, who have seized control of large swathes of the country and threatened to take the battle to Baghdad.

The terrorists have claimed the formation of a so-called Islamic caliphate or state and declared the terrorist group’s leader Abu Bakr al-Baghdadi as “the caliph” and “leader of Muslims everywhere.”

This is while many Sunni and Shia leaders worldwide have condemned the ISIL anti-Islam acts including murder and rape.

More than one million Iraqis have fled their homes over the past month as the ISIL terrorists seized Mosul, Tikrit and other cities in the northwest areas. 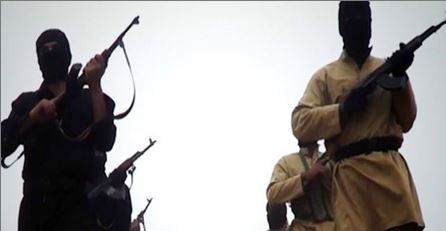 At least 33 people, including 29 women, have been killed in an attack by gunman against a housing complex in the Iraqi capital Baghdad, police says.

It was not immediately clear what the motive was behind Wednesday’s attack in the Zayounah neighborhood in eastern Baghdad late on Saturday.

The gunmen, who raided two buildings in four-wheel drive vehicles, were wearing a mix of camouflage and plain clothes.

A policeman gave an account of the gruesome scene he had witnessed at the site of the attack.

“When we walked up the stairs, we saw a couple of women’s bodies and blood streaming down the stairs. We entered a flat and found bodies everywhere, some lying on the sofa, some on the ground, and one woman who apparently had tried to hide in a cupboard in the kitchen shot to death there.”

The Iraqi capital has been a scene of deadly bomb and gun attacks amid a crisis that has gripped the country.

The crisis in Iraq escalated after Takfiri ISIL terrorists took control of Mosul, in a lightning advance on June 10, which was followed by the fall of Tikrit, located 140 kilometers (87 miles) northwest of the capital.

An estimated 1.2 million people have been displaced in Iraq so far this year, according to the United Nations.

The ISIL has vowed to continue its raid towards Baghdad.

Iraqi Prime Minister Nouri al-Maliki has said that the country’s security forces would confront the terrorists, calling the seizure of Mosul a “conspiracy”.

Soldiers of the Iraqi army have been engaged in heavy fighting with the militants on different fronts and have so far been able to push back militants in several areas.

1 thought on “IRAQ: mass execution of dozens of civilians in Tikrit, while terrorists attack buildings in Baghdad killing 33, including 29 women”