Honor to the 4 martyrs of the ‘Jerusalem Brigade’,

Palestinians fighting in the ranks of the Syrian Arab Army,

died yesterday near Aleppo, in the district of Neirab, in clashes with terrorist mercenaries. 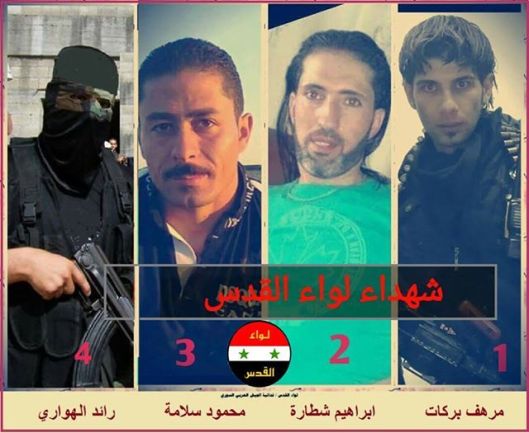