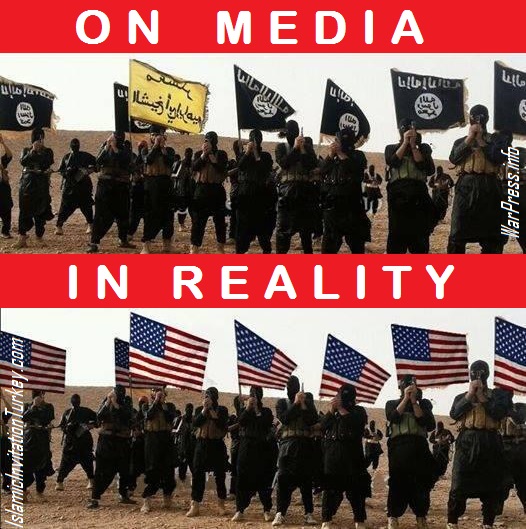 (Special to WorldTribune.com) – MOSCOW — Islamic State of Iraq and the Levant has received weapons shipments from the former East Bloc.

Diplomatic sources said ISIL has been ordering anti-tank weapons, rockets, mortars, body armor and communications through fronts in Europe. They said the weapons and equipment were being procured from such former Soviet allies as Bulgaria, Croatia, Romania and Ukraine.

“ISIL has used both U.S. weapons captured in Iraq, but mostly material supplied from the former East Bloc that was ordered more than a year ago,” a diplomat said, according to a report by Middle East Newsline.

On Aug. 12, a diplomatic source said the flow of ISIL weapons was aided by NATO, particularly Turkey. The source said NATO intelligence services were facilitating payment and arms shipments to and from Europe under the guise of humanitarian supplies to Syria.

“Western security services were responsible for choosing reliable arms suppliers from Western European countries for money transfers and transportation and delivery of deadly ‘humanitarian’ supplies to the Middle East,” the diplomatic source said.

“The supplies were conducted starting in 2013, by firms that were created specifically for one or two deals,” RIA said. “The contracts for the deals had other countries and companies indicated as the final destination for the supplies.”

The sources said Turkey and the former Yugoslavia were playing a key role in arming ISIL. They said ISIL was aided by recruitment in Bosnia, Bulgaria and Kosovo for the wars in Iraq and Syria.

On Aug. 11, Kosovo arrested at least 40 suspected ISIL agents. Kosovo police also reported the seizure of ammunition and explosives in a raid of 60 targets across the former province of Yugoslavia. At least 200 Muslims from Kosovo were believed to have joined ISIL and Nusra Front for the Defense of Levant.

“Kosovo will not be a safe haven for extremism,” Kosovo President Atifete Jahjaga said.

“Western security services were responsible for choosing ‘reliable’ arms suppliers from Western European countries for money transfers and transportation and delivery of deadly ‘humanitarian’ supplies to the Middle East. From the beginning of 2013, military hardware and weaponry were purchased in Bulgaria, Croatia, Romania and Ukraine,” the source said.

According to the source, armored personnel carriers, guns, rocket launchers, and ammunition were purchased in Bulgaria, artillery systems in Croatia, tanks and firearms in Romania, and infantry fighting vehicles in Ukraine.

The supplies were carried out starting in 2013, by firms that were created specifically for one or two deals. The contracts for the deals had other countries and companies indicated as the final destination for the supplies.

It is interesting to note that after playing an important role in arming IS militants, the United States has recently carried out a series of air strikes against the militants and their allies, helping Kurdish forces.

The Islamic State, formerly known as Islamic State of Iraq and Greater Syria (ISIS), is a Sunni group that has been fighting in Syria and launched an offensive in Iraq in June. The group has taken over large parts of the country, with the goal of seizing Baghdad. Also in June, the group announced the establishment of a caliphate on the Iraq-Syria border.